In The Atlas of Love, a woman takes on – as her own – a child she did not give birth to. The author of this SheKnows Book Club pick shares her personal experience with adoption and how writing her “novel full of love” helped inspire the decision. 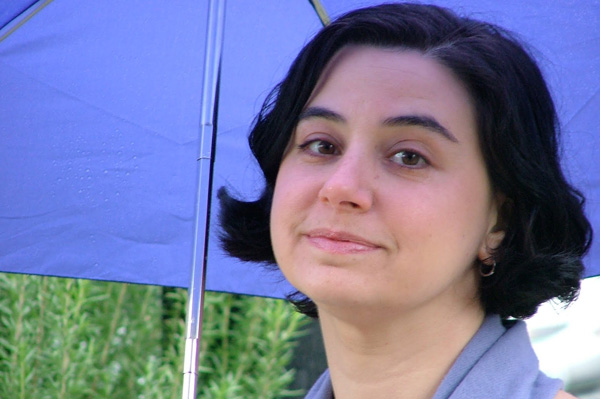 Deciding to have a child

My husband Paul and I were in our early thirties, ecstatically married, in love with our life, and very aware of the many ways it would be turned upside down if we had kids. So we debated it. A lot. I’ll spare you that part of the story, but suffice it to say it was a fraught and lengthy process. In contrast, the decision to adopt was nearly instantaneous. We spent years deciding whether or not to have children. We decided to adopt literally in the next breath.

There are many reasons why adoption seemed the obvious choice to us. But certainly one was that I was writing — mired in really — The Atlas of Love. The Atlas of Love is narrated by a woman who takes on a child she did not give birth to as her own. The Atlas of Love explores — insists on — the many, many ways a family might look. In a lot of ways, it was from Janey, my narrator, that I learned just how thoroughly you can love a child not biologically your own.

Adoption doesn’t have to be tragic

The accepted approach of the moment regarding adoption is to acknowledge that it’s a tragedy for all parties — for the birth mother who obviously longs to keep her child but cannot, for the child who obviously would be better off with his/her biological family and in his/her country or community of birth, and for the adoptive parents who obviously would rather raise their genetic offspring but have settled for adopting because they are infertile or otherwise unable to have children “of their own.”

Since this last simply does not apply to me and my husband, I have had to question the first two points as well. I have had to question everything about this process. Having sex and making a baby is, perhaps, much more straightforward than the rather harrowing adoption process (though, like everyone, I know my fair share of harrowing pregnancy and fertility stories), but that doesn’t make it better or more natural or more desirable. Just more direct.

Paul and I felt like we wanted to be parents, and we knew there were lots of kids out there who needed parents, and so instead of making a new one, we decided to have one of those. It seemed like a good match.

It proved, in fact, to be quite a bit more complicated than that. It’s not that there aren’t millions of kids in this country and around the world who need but do not have parents — there are. But finding them and bringing them home is much, much, much easier said than done. Thank God. Regulations and restrictions on all sides, endless paperwork and background checks and home studies and colossal fees, all do their best to keep everyone protected — kids, birth parents, and adoptive parents. We’re talking about humans after all. We all want the movement of children from home to home and family to family to be fair, safe, and in everyone’s best interests. What this means in practice, though, is that finding kids who need parents is hard. Again, it’s not, unfortunately, because the number of kids needing parents is small; it’s because the number of kids eligible for adoption is functionally small.

So functionally small, in fact, that for a while Paul and I thought it couldn’t be done. There were lots of options, but none felt like quite the right match for us. There are lots of complex, unknowable, often heartbreaking issues involved with adoption, much to give a conscientious would-be parent pause, and we didn’t want to ignore them or turn a blind eye or compromise just because we were impatient to begin what we knew was often a very lengthy process. We researched dozens of options, countries, and agencies. We considered domestic and foreign, special needs and older kids, open and closed, local and around the world. We met with social workers, agency directors, adoptive parents, intake folks. We joined email listservs and yahoo groups, read blogs and book after book after book. We settled on one country and agency, even began submitting paperwork, realized it felt wrong (and was), and changed our minds. Went back to the drawing board. Despaired. Until we finally found the path that was right for us.

That path turned out not to be an adoption agency at all. We went though a Catholic charity (though we are not Catholic) which, ironically after the cross-country, transnational search we’d done, was walking distance from our house. They do all sorts of service work in our community — provide housing for people without it, deliver meals to seniors and people with disabilities, offer counseling, tutoring, emergency shelter, and many more community services including a very small number of adoption services. They partner with an agency in South Korea to place a small number of orphaned children with families in our area. And, not an adoption agency and unlike most adoption agencies, they needed parents; they did not have an endless wait list. They were the perfect fit for us.

Up next: Waiting and confluence >>

Join the discussion on the SheKnows Book Club. It’s free, easy and flexible — completely geared to meet your busy schedule and to make it simple for you to be involved. You’ll feed your love of books and connect with other busy women, book lovers and authors. And we’ve picked the best books for you — a new selection every other month so it’s not overwhelming.

21 mins ago
by Elise Sole

23 mins ago
by Elise Sole