Your kids are probably off for Martin Luther King Jr. Day, but what are you going to do to really celebrate its meaning? These 10 destinations are great places to head that day to learn about the man and the civil rights movement. 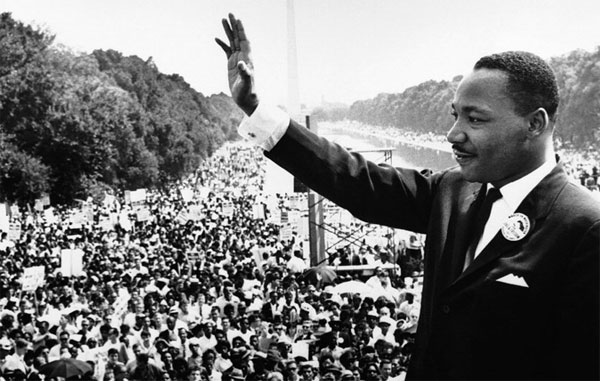 These day trips can introduce kids to African-American history, the civil rights movement and the history of voting rights. They can also transform the seldom celebrated day into a meaningful, special and educational journey that will stay with your kids.

So, where should you go?

No matter where you are, there is something special to do this Martin Luther King Jr. Day.

The Museum of Fine Arts Boston is having a Martin Luther King Jr. Day Open House on January 21. There is free admission that day for art activities, performances, tours and more. There’s also a special viewing of the presidential inauguration.

The Art Institute of Chicago is having a free Family Festival for Martin Luther King Jr. Day at the Ryan Education Center. It includes a drop-in workshop where kids can draw a picture representing what they think is the perfect future. There will also be storytelling.

The Indianapolis Museum of Fine Art is having a Martin Luther King Jr. Day: Common Threads event, which is free to the public. The art and textile focused events will offer many opportunities for kids to discover common threads between different things, people and places.

The Bay Area Discovery Museum is having a special Martin Luther King Jr. Celebration on January 21. Kids can create self-portraits to add to the museum’s Freedom Bus, listen to a special story time and more. There’s also a music performance honoring Dr. King (for an additional fee).

These special sites are perfect for learning more about Dr. King all year round.

Martin Luther King Jr. National Historic Site in Georgia encompasses many important landmarks from Dr. King’s history including Ebenezer Baptist Church, The King Center and his birth site. Visitors can sign up for a tour of the birth site, view the “Children of Courage” exhibit and more.

The Charles H. Wright Museum of African American History in Detroit is the largest African-American museum in the world. The museum has a special celebration for Martin Luther King Jr. Day, complete with workshops, theatrical productions and more.

Founded in 1957, the DuSable Museum of African American History in Chicago is the oldest facility of its type in the United States. Among the exhibits include Tracing the Civil Rights Movement 1848 to 1968, which traces the history of African-Americans in the United States from the anti-bellum era through when the Civil Rights Bill was passed in 1968.

The Selma to Montgomery Trail

A designated national historic trail, the Selma to Montgomery Voting Rights Trail commemorates the 1965 Voting Rights March in Alabama. It was created in 1996 and is meant to be driven. In Selma, there is also a walking tour and the National Voting Rights Museum.

In Denver, the Martin Luther King Jr. Marade is a big event that claims a national distinction as the largest march and rally dedicated to King in the United States. The rally honors King’s life. As for the word marade? It’s a combination of march and parade.