A new edition of Huckleberry Finn is planned that will rewrite Mark Twain’s words. Specifically, two racial epitaphs are being traded for less offensive words. Is this move good for education or bad for society? 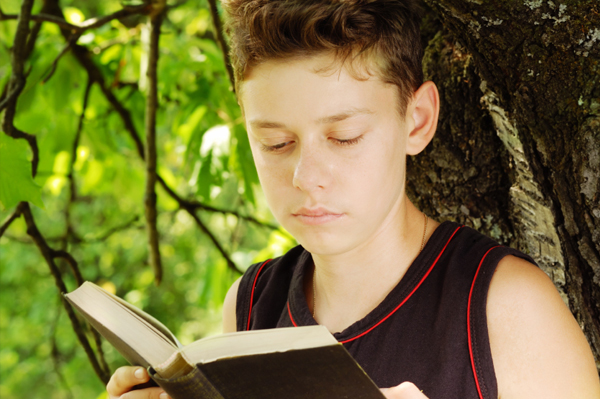 What happens when a classic book contains words that are no longer considered acceptable by society? That’s the question that a rerelease of a classic is bringing up.

A new version of Mark Twain’s famous book Huckleberry Finn is being released…but it’s going to be a little more PC. According to Publisher’s Weekly, the new edition of Huck Finn will no longer have “nigger” or “injun” in the text. The words will be replaced with “slave.” This will make the book more accessible for grade school readers, who previously were unlikely to read it due to the words.

So, is this rewriting a good thing so that the text can be more accessible to younger kids, or does it dilute a powerful book that portrays an important era in history?

When asked about this change, many educators responded with a resounding answer that this is a horrid idea, sucking the teaching moments out of an important work of literature.

Antoinette Kuritz grew up in a home that didn’t tolerate racism before it was known as racism. “My father refused to participate in purchasing a house from a neighbor threatening to sell to a black family. ‘If they can afford a home in this neighborhood, welcome,’ was what he told our irate neighbors. His best friend, whom I called ‘Uncle’ was black,” explains Kuritz.

As an educator, she used Huckleberry Finn in her classroom. “My students openly discussed racism and bigotry in my classroom — it was not a topic swept under the rug in the hopes it would smell less rancid. Out of sight, out of mind was not an option,” says Kuritz, who now works with Strategies PR and the La Jolla Writers Conference.

When it comes to changing the language used in the classic tome, she thinks it’s terribly misguided — and ignorant. “It is a sad commentary on our educational system that a book which has done so much to demean racism and show the common humanity among us, a book which has opened the eyes of children to racism, which has created dialogue about it, and which was written by someone so patently against racism, fails to be understood for its real value. You cannot sanitize history by sanitizing the language in a book which represents that history,” says Kuritz.

Others agree, saying that Huckleberry Finn’s use of offensive language is an honest, historical look at how the country used to be. “We don’t learn by hiding the dark secrets of our past; we learn by facing them head on. Leaving the words in there so that teachers can discuss why they were used in the novel and why they are offensive is an important part of our children’s education as Americans,” says Heidi Waterfield, Ed.M., an educational consultant in the San Francisco Bay Area.

Not everyone is against the changes, though. Some are happy that this book will be usable in grade school classrooms again. Moreover, some say that the changes will make this book more appropriate and less hurtful.

For students of color, this can be a difficult book to read in class. “As a young woman growing up in San Antonio, Texas, I vividly recall refusing to read Huckleberry Finn and taking the grade of F. When we would read it aloud in class, the kids would snicker and look at me when the word “nigger” was in text,” says Crystal Brown Tatum, CEO/President of Crystal Clear Communication. “If I had my way, no student would ever have to sit in a classroom and be ridiculed or looked down on because of an outdated text of American culture.”

The impact on the psyche of kids hurt by these words would also be lessened. “While the U.S. is the land of free speech, using such a word causes so much psychological harm for African Americans, that it becomes irresponsible for educators to continue using it,” says Kevin Nadal, Ph.D., an Assistant Professor at the City University of New York. “When African Americans (and other students of color) experience these microaggressions, it can have negative impacts on their self-esteem, which can then influence their ability to achieve.”

>>What do you think? Should the language be altered or left as-is?

More about books for kids