Every parent worries when their child boards the school bus each day that they are not required to be buckled in. Research shows that school buses are safe without seat belts and the costs would outweigh benefits. But shouldn’t our children’s safety be the first priority?

Related story Stuck With an Old, Expired Car Seat? Here's What to Do With It 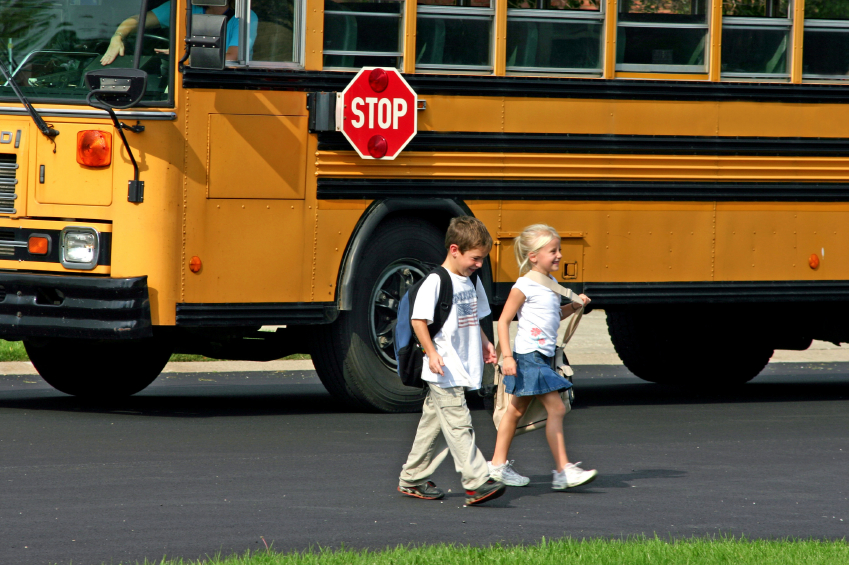 Research has shown that school buses are very safe. An updated report about school bus safety featured on the National Conference of State Legislatures website states that six students on average die in bus accidents annually versus the 2,000 that are killed annually via car accidents.

The federal government has put in place 35 new safety standards to make sure that school bus transportation is as safe as possible.

States have the ability to pass even stricter safety requirements. However, at this time, only six states — California, Florida, New Jersey, New York, Louisiana and Texas — have passed a seat belt law and funding has not been allocated yet in some states.

According to the NCSL report, in 2009, eight states tried to pass bills that would require school buses to have seat belts installed. Not one was passed.

However, the National Highway Traffic Safety Administration (NHTSA) reports five deaths annually while children are aboard the bus and 14 deaths in bus loading zones. Whether five or 14, isn’t that too many children to lose?

The deputy head of the NHTSA insists that those deaths that occurred while aboard the bus could not have been prevented with a seat belt: “Most school bus passenger fatalities are because the passenger’s seating position was in direct line with the crash forces, and seat belts would not have prevented these fatalities.”

Safety beyond the seat belt

A statement from the American School Bus Council notes that “school buses are designed to be safer than passenger vehicles in avoiding crashes and preventing injury. Today, as compared to years ago, school buses are built with safety in mind.”

Engineers defend that the design of school buses ensure your child’s safety despite the fact that he’s not belted in.

Instead of relying on seat belts, engineers used something they call compartmentalization to keep kids safe while riding the school bus. The engineers decreased the space between each seat and covered it with 4-inch thick foam to form a “protective bubble.”

“The child will go against the seat, and that will absorb most of the impact,” explains John Hamilton, transportation director for the Jackson County, Florida school board. “Plus, it’s a safety device so that they won’t be projecting through the air.”

A report from the NHTSA estimated that installing a singular bench-style seat belt set would cost between $375 and $600, totaling between $5,485 and $7,346 for every large bus.

According to the NHTSA, “The benefits would be achieved at a cost of between $23 [million] and $36 million per equivalent life saved.” Instead of a federal mandate, the NHTSA encourages individual states and local governments to be able to decide on the seat belt requirements within their own communities.

The NHTSA concluded that seat belts are not always worn properly, resulting in more injury. “Lap/shoulder belts can be misused and NHTSA’s testing showed that serious neck injury and perhaps abdominal injury could result when lap/shoulder belts are misused,” representatives from NHTSA said. Furthermore, the NHTSA concluded that it was unrealistic to ask bus drivers to make sure each child complied with seat belts.

Taking all of this into consideration, many transportation safety experts agree with the NHTSA that the cost simply outweighs the benefit. But do you agree?

Do you trust that school buses are safe enough without seat belts, or do you think they should be mandatory?