As parents, we know that kids experience a wide range of emotions on any given day. One minute they can be happy, the next frustrated, the next sad, the next confused, and so on and so on. Most of us learn to go with the emotional flow, but if your son or daughter is suffering from a severe emotional issue such as childhood depression, it may be difficult to simply press on. 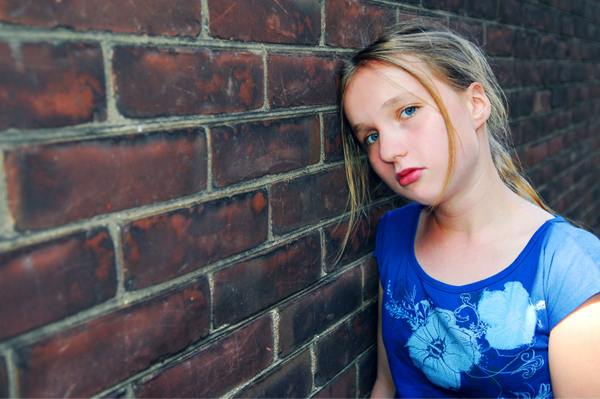 Childhood depression can be difficult for any parent to handle. Fortunately, you can certainly take steps to understand what your child is experiencing in an effort to help them cope and improve their outlook on life.

How many kids are depressed?

Clearly, childhood depression is a growing issue that is gaining attention in both clinical settings and within our households. It seems kids of all ages are experiencing depression, from preschoolers up to college-aged teens.

“The behavior disorder of clinical depression occurs in 4 percent of preschoolers and in about 20 percent of teenagers,” says Roger McIntire, Ph.D., child psychologist and author of six parenting books including Raising Your Teenager: 5 Crucial Skills for Moms and Dads and Raising Good Kids in Tough Times. “The numbers for teens are probably higher than 20 percent because we often brush off their complaints saying they ‘always talk like that.'”

Surprisingly, preschoolers represent the fastest growing demographic for antidepressants, according to McIntire.

Although we all have bad days, they should come and go rather than stick around. “Symptoms of depression include sadness, irritability, loss of interest in fun activities, withdrawal, low energy, poor concentration, sleep problems, appetite problems, hopelessness, low self-esteem, and thoughts of death or suicide,” according to Jennifer Connor-Smith, Ph.D., licensed psychologist who specializes in helping children and their families. Of course, it can often be difficult to diagnose, especially if you’re dealing with a teenager, but it often accompanies other problems such as anxiety, defiance, substance abuse or lack of motivation.

What causes depression in kids?

It’s difficult to say for sure, because depression can be rooted in biological causes, social situations, emotional issues, etc. Every case is unique, but “depression can be both a cause and consequence of other problems,” says Connor-Smith. Diagnosis requires symptoms to persist for at least two weeks, but they often last much longer.

If you suspect depression…

Reaching out for professional help is always a good idea, especially if your child is showing signs of violence or extreme withdrawal. If you are concerned that your child is depressed, one of the first steps to take is to communicate. “Every parent needs to save time for giving attention, communication, and companionship,” says McIntire. “Consistent supportive attention for a teenager having a low day can make the difference between a habit of depression and a habit of bouncing back. Companionship helps in moments when TV heroes and stars are unattainable and a teenager needs a friend.”

McIntire and Connor-Smith provide the following tips for parents who suspect their child is depressed: