Miley Cyrus was caught smoking a bong on camera. This caught-in-photos scandal is just another in a long list of questionable actions by Cyrus. How can you use this to teach your children about social media responsibility? Read on. 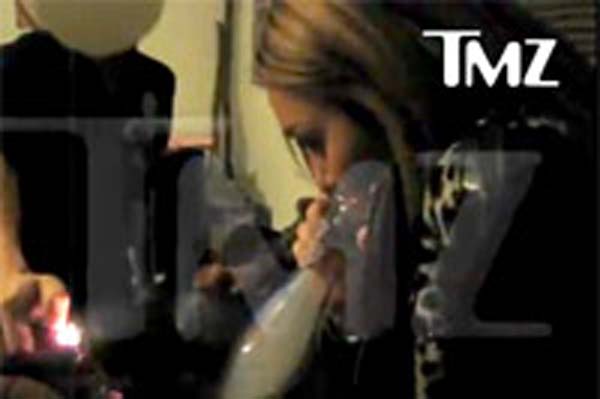 Surprise! Miley Cyrus was caught smoking a bong and now the photos are all over the web.

Is she just bein’ Miley, as her song said?

Well, if you mean acting oblivious when cameras are around, then yes.

This isn’t the first time that the now 18-year-old Hannah Montana star has been caught in compromising positions on camera. Numerous racy photos of the then-under-aged Cyrus have leaked onto the web, presumably not intended for a boyfriend and not the public’s prying eyes.

However, her continued scandals brings up a big question: why isn’t she more careful about who takes her picture? Or, doesn’t she care?

It’s likely that she doesn’t care all that much — but most likely Cyrus will come out soon and say that she’s sorry for smoking a bong, or that it was Salvia and not Marijuana.

Yawn. We’ve heard this all before — and it’s likely that this sort of behavior will become more commonplace as she tries to distance herself from her Hannah Montana and Disney past.

Miley Cyrus’ bong: What about your kids?

More and more colleges and companies are checking an applicant’s social media presence and making decisions based on that. Your kids can kiss that job or dream college goodbye if they’re found in questionable photos or activity online. And — unlike Cyrus — your teens can’t come out and hold a press conference to say they’re sorry. Instead, they just won’t get the job or into the college.

Take Miley Cyrus’ bong scandal as an opportunity to talk to your teens about social media responsibility — they might not thank you now, but they will later.

Spying on teens online
Is Facebook safe? Safety tips for teens
Is your teen inappropriate on Facebook?