Minnesota couple Pete and Alisha Arnold ignited a firestorm of controversy when Gawker uncovered their website dedicated to the decision whether or not to abort their child. Are these people sick or making a statement? 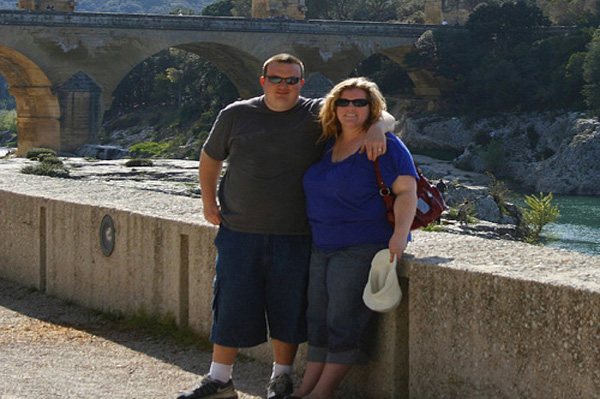 Hear that? It’s the internet exploding after Gawker uncovered Birth or Not, the website for a Minnesota couple asking the public whether or not they should abort their 17-week-old unborn child.

We’ll wait while you pick your jaw up off the floor.

This attempt at crowd-sourcing such an important decision (that should only be between the parents and trusted friends and family) is undoubtedly sick, but that’s likely their point.

People are, of course, wondering about the veracity of this website. There’s no way that people would actually let a Polldaddy poll dictate whether or not they abort their child.

“No, it’s not. We are taking this very seriously,” Pete Arnold told Gawker when questioned about it. We then asked if this was some sort of convoluted pro-life stunt.

“It’s definitely not a pro-life campaign,” Wife Alisha Arnold insisted. “I believe in a woman’s right to choose.”

“First, I want to be clear. I’m not writing about this to have the pro-life vs. pro-choice debate. That never goes well, and there’s no point. Plus, our personal feelings on abortion are not at issue here.

The issue is that a couple is taking a very, very personal and extremely serious decision — because no matter how you feel about abortion, the decision to have one is unarguably serious — and asking strangers to make it for them.”

Which is exactly why so many people were both outraged — and skeptical at the couple’s motives.

It turns out that the Arnolds have went through two miscarriages in the past year and a half and actually bought the questionable domain before the their second one. So they’ve been planning this abortion for awhile?

The Arnold’s — particularly Pete — are known conservatives with a staunch view on pro-life. He’s even blogged about it, and various internet scavengers have found pictures and other references on the web to Peter’s anti-choice bent.

The couple will continue their poll, they say, until the fetus reaches 20 weeks — that’s the last point before it’s no longer legal to abort their child.

Please, just tell us this is a joke, an attention-seeking rant or a bid for a reality show. Anything. However, these two are getting the attention no matter what, which is exactly what they want. Not cool.

More on pregnancy and baby

Peanuts during pregnancy may raise risk of peanut allergy
What information should you leave with the babysitter?
Personalized jewelry gifts for new moms

5 hrs ago
by Carly Leahy