MTV Teen Mom star Amber Portwood is being charged with three felonies stemming from violent altercations aired on the show. Where is MTV’s sense of responsibility in all of this? 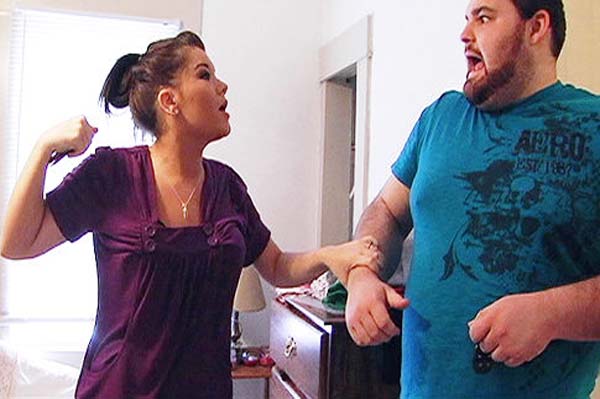 Portwood, 20, was charged with three felonies after MTV aired episodes of Teen Mom that showed her kicking, punching and slapping Shirley within feet of their toddler daughter, Leah. The incidents happened in June, July and August, but Indiana authorities didn’t start their investigation until after the incidents were shown on MTV.

“According to police documents, on August 14, 2009, Portwood shoved Shirley against a wall, slapped him on the face and choked him,” Anderson, Indiana police spokesman Mitch Carroll said. “The incident was witnessed by the couple’s one-year-old child who sat in a child seat on a nearby bed.”

Shirley gave statements to authorities last month, CNN reported. The couple’s child is living with Shirley because Portwood is unable to properly care of their daughter, Life & Style magazine reported.

The young stars of MTV’s Teen Mom have become tabloid fodder after the popular show debuted. Portwood’s issues with anger and depression have been highlighted on the show, as has co-star Farrah Abraham’s violent altercation with her mother in early 2010.

These young women were thrust into the spotlight by MTV (and likely, they own desire for fame) during a time when they should have been focusing on parenting rather than television cameras.

MTV should be ashamed of themselves – they claim that their show is helping expose the realities of teen pregnancy, when really all they’re doing is exploiting these young girls for ratings. The teen moms are making money for their work — allegedly upwards of $65,000 per episode — but their struggles are now dangerously public.

Plus, MTV should not have shown Portwood’s abuse against Shirley. There’s no way they would have shown the footage if the roles were reversed, but they turned a blind eye to female-on-male violence in front of a child.

CNN reports that Portwood faces up to three years in jail and $10,000 in fines if she is convicted of all the charges. Here’s hoping it doesn’t come to that. We hope she gets the help she so desperately needs — and that MTV stops the blatant exploitation of these young girls in the name of “education.”

The new teen relationships
Teen sexting, what parents can do
How to talk to your kids about sex