Make family movie night fun by playing a game of movie trivia before the movies begin. How much do you know about the movies? Quiz yourself and the entire family with these fun movie trivia questions. 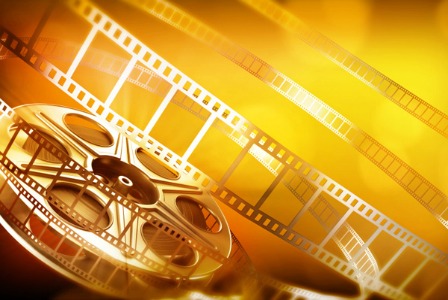 When was the first movie theater opened?

The first theater in the world exclusively devoted to showing motion pictures was the Nickelodeon. This theater opened on June 19, 1905 in Pittsburgh, Pennsylvania and cost of admission was a nickel.

The 1927 film The Jazz Singer is considered the first of the “talkies.”

What was the longest movie ever made?

What film adapted from a one-woman off-Broadway show is considered the most profitable movie in Hollywood history?

My Big Fat Greek Wedding (2002) had a budget (inflation adjusted) of only $6 million and revenues of $369 million, for a whopping 6150 percent return on investment.

How much was Judy Garland paid for The Wizard of Oz?

Judy Garland was paid just $35 a week for The Wizard of Oz. Funny enough, the dog Toto received $125 a week.

Which candy did the boy in E.T. use to lure the extraterrestrial?

Reese’s Pieces! Steven Spielberg originally was going to use M&M’s but wasn’t able to get the rights to do so.

Which of the following was the first Pixar movie to receive a higher rating than G?

The Incredibles (PG) was the first Pixar film above rated G.

What was the address that Nemo’s father Marlin memorized when he was searching for his son in Finding Nemo?

Marlin and Dory found swim goggles with the address P. Sherman, 42 Wallaby Way, Sydney and memorized the address in hopes that Nemo would be there.

How many actresses were interviewed to play Scarlett O’Hara in Gone with the Wind?

Vivien Leigh was selected from the 1,400 actresses that were interviewed to play Scarlett O’Hara.

Which of these men have not played James Bond?

Trick question! They have all played James Bond.

The film starred Walter Matthau and Tatum O’Neal. It was followed up by two sequels, and a remake.

Next up: More movie trivia