Britax is recalling 23,000 of their Chaperone infant car seats for a chest clip issue. Find out all the important recall information here. 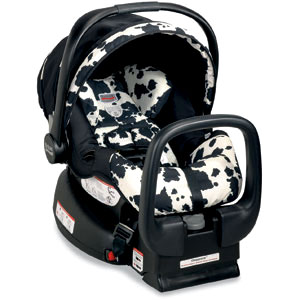 Britax is recalling 23,000 infant car seats for a problem with the seats’ chest clips, according to an announcement on Safercar.gov.

The recall was issued when Britax discovered that the chest clip that positions the child in the seat was incorrectly produced, making it more brittle and susceptible to breaks. A broken clip poses a choking hazard and can cause skin lacerations if the sharp plastic edges comes in contact with an infant’s sensitive skin.

Britax says that they’re received four complaints of broken clips out of the 23,000 sold with no injuries reported.

Britax advises those affected to contact them for a free repair kit that includes a new chest clip. The company can be contacted via phone at (888) 427-4829 for their website at www.britax.com.