A judge in New York City ruled that a four-year-old girl is old enough to be sued in court. How do you feel about lawsuits for tots?

Related story How to Teach Kids About Tolerance, Despite Today's Politics 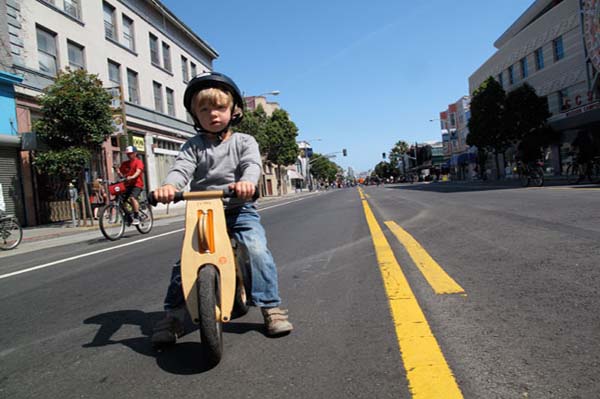 What were you doing when you were four?

If you’re like us, you were playing with dolls, learning your ABC’s or making mud pies.

Not kids these days — they’re trading tea parties for courtrooms.

Kids can be sued

A Manhattan judge ruled that the now six-year-old Juliet Breitman can be sued by the family of a woman she knocked down while riding her bike outside her apartment building.

Judge Paul Wooten ruled that the young Breitman is old enough to be sued for hitting 87-year-old Claire Menagh in April 2009. The then 4-year-old was racing with another young boy while her mother sat nearby. Menagh was knocked down, broke a hip and died three months later of unrelated causes.

Menagh’s estate sued the young children and their mothers, citing gross negligence. Breitman’s lawyer, James P. Tyrie, said the young girl was not engaging in “adult” activities when the woman was hit — thus deeming her ineligible for a lawsuit.

In his judgment, Wooten said that Tyrie “correctly notes that infants under the age of 4 are conclusively presumed incapable of negligence.”

However, Breitman was over the age of four at the time of the accident, blurring the legal lines.

“For infants above the age of 4, there is no bright-line rule,” he wrote.

The judgment doesn’t mean that the young girl is liable for the accident — it merely means that she is legally open for lawsuits. It’ll be interesting to see how this develops — though it’s not really reasonable to actually sue a child.

13 hrs ago
by Racheal Pulver