The Standard Homeopathic Company is recalling their Hyland’s Teething Tablets for a poisoning hazard. Learn all about the recall and what to do if you’re affected. 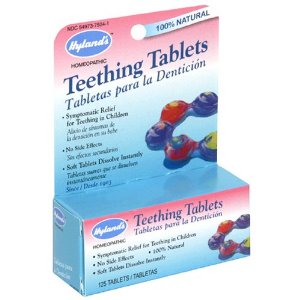 The Standard Homeopathic company issued a recall on their Hyland’s Teething Tablets after the Food and Drug Administration avised them of a potential risk to children.

The FDA received several reports of the adverse affect the teething tablets have on children. They were later found to have small amounts of Atropa belladonna, a form of anestetic that can be poisonous to children if injected in large amounts.

The company believes their Hyland’s Teething Tablets are safe, but issued the recall Monday to comply with the FDA and run testing on the projects.

Where to return Hyland’s Teething Tablets

Consumers can find more information on the recall by visiting their website or calling (877) 496-5044.

The FDA is also asking consumers to report side effects from the tablets on their website.