Talking to teens about dating isn’t always the easiest thing for a parent to do. But it’s vitally important, given the prevalence of dating violence and acquaintance rape. The numbers are astounding: one in six women will be a victim of sexual assault during her lifetime and girls ages 16 to 19 are four times more likely than the general population to be victims of rape, attempted rape or sexual assault, according to RAINN (Rape, Abuse and Incest National Network). 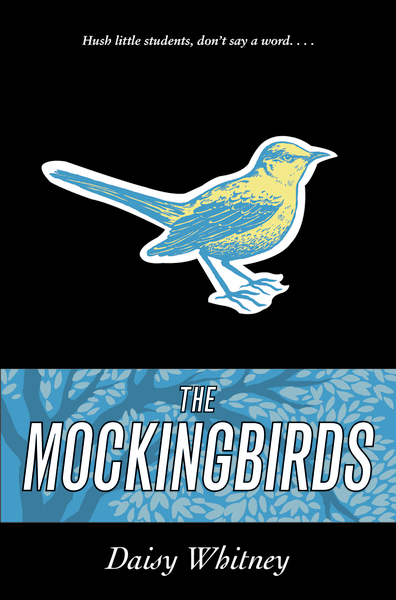 While most parents would like to believe their daughter would come to them first, the reality is that a teenager is much more likely to tell a friend.

I know this from experience, not as a parent — which I am now — but as someone who experienced acquaintance rape as a teen. I was 18 and the first people I turned to were my close friends in college. That experience became the inspiration for my young adult novel The Mockingbirds, about a high school junior who turns to her peers to seek justice after she is date raped.

Following are some tips for parents, both on how to talk to your teens about safe dating and warning signs that your child may be a victim of dating abuse.

Isolation is often one of the first signs that a teenager may be in an abusive relationship or have experienced acquaintance rape. “If your child isn’t spending as much time with friends or family and if this is prolonged, it could be a warning sign,” explains Jennifer Marsh, Hotline and Affiliate Services Director for RAINN. Teenagers are social creatures and like to spend time with their friends. Take heed if their social time lessens significantly.

Changes in appearance and habits

If a teen sleeps more, eats less or pulls out of extracurricular activities they once loved, these could be warning signs of a dangerous relationship.

Other clues that a teen may be experiencing dating violence include physical signs of injury, dropping out of school, emotional outbursts and failing grades.

Talk to Your kids

Don’t wait until your child is a teenager or in a tough relationship to discuss dating and healthy behaviors, Marsh says. Parents can also do a world of good simply by letting their kids know they are loved and supported. That builds self-confidence, a trait that can keep a teen out of an unhealthy relationship in the first place.

If you suspect your child is an unhealthy relationship, be careful about saying you don’t like the person he or she is with. Instead, try to maintain your teen’s connection with existing friends. “The more isolated they are, the more likely they are to stay in a bad relationship,” Marsh says.

Even if you do everything by the book, you can still be assaulted, Marsh notes. But there are ways to reduce the risk, such as sticking with friends. “As a parent, frame the advice as ‘You need to stay together and look out for your friends at parties,'” Marsh suggests.

Let your teenager know she can call you, an older sibling or a family friend if she feels unsafe or needs a ride home from a party, or if any of her friends do.

If your child has experienced dating abuse or acquaintance rape, encourage counseling. “It is one of the most powerful tools for recovery,” Marsh says. As a parent, urge your child to see a counselor and help your child find one. Anybody can be connected to free or sliding scale services through the National Sexual Assault Hotline at 800-656-HOPE, and online at rainn.org.

5 hrs ago
by Raven Snook