There are moments when parents of teens may want to throw up their hands and forget about making an effort at parenting. Their advice and instructions seem to be falling on ears stuffed with headphones. But giving up on your teen is one of the biggest parenting mistakes you can ever make. 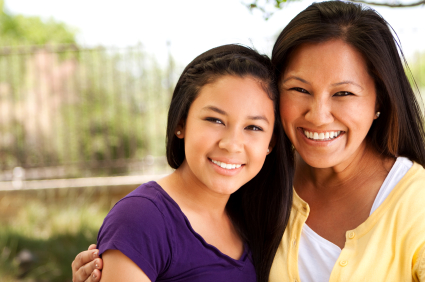 “She’ll figure it out eventually.”

“She’s acting out, but it’s just part of growing up.”

Make excuses all you want, but that doesn’t mean you’re any less responsible for your teen’s behavior. Here are five of the biggest parenting mistakes that parents of teens can make.

1. Being your teen’s best bud

While it may seem the only way to get through to a teen is to relate to them on their level, this behavior can diminish a parent’s authority. “The karaoke parent tries to sound, look, dress and act like their child. They want to remain a buddy, but fail to offer clear leadership in the home,” says Dr Tim Elmore, author of Generation iY—Our Last Chance to Save Their Future.

2. Expecting others to manage your teen

“The dry cleaner parent drops off their kid to a professional like dirty clothes,” explains Elmore. The adults who adopt this parenting style have given up their top priority — to mentor their child and help them grow.

3. Smothering to safeguard your teen

Hover much? A helicopter parent can’t seem to step away from their child’s development for a second. “Sadly, their kid never learns to persevere and cope with failure,” says Elmore.

Kristen Campbell, executive director of college prep programs for Kaplan Test Prep and Admissions, adds, “It’s the child who should be driving the [decision-making] process; it builds up their independence and self-confidence.”

While making all the decisions for your child is detrimental, allowing your teen to make too many choices on his own without any voice from you is also a disservice.

“Teens need a balanced environment,” says Elmore. “To be responsive means we’re understanding, accepting of their unique style, and supportive of their growth. To be demanding means we raise the standard of behavior and hold them to become the best version of themselves they can be. Too much responsiveness without demands weakens them. Too many demands without responsiveness softens them, leaving them ill-prepared for life after graduation.”

5. Being dishonest – knowingly or unwittingly

While teens may not seem like they particularly want attention during this awkward, confusing and socially challenging time of life, “Teens need parents to act, not merely react, to their over-confidence, self-absorption or independence,” Elmore explains.

However, the messages about being special and loved that worked during their youth — such as, “You can do anything you want” or “You’re the best” — don’t work when parenting teens. “Teens recognize peers and other adults don’t send them the same messages. They stop really believing mom or dad,” says Elmore. In other words, choose your words carefully. Don’t try to pull a fast one on your savvy teen or it will backfire.

A final note of parenting advice

Whatever challenges you may face in parenting a teen, don’t give up. And, adds Elmore, you don’t have to take the journey alone. “Your voice’s clout often diminishes with your teen, and the clout of others’ voices often increases.” Invite trusted people into your parenting journey to echo the messages you’re sending to your child.

8 hrs ago
by Rebecca Padron