Should you circumcise your baby boy? The answer to this question used to be a resounding “yes,” for many parents in the United States. However, as the rationale behind this medical procedure is examined more closely, many parents have decided not to circumcise. Read on to hear what doctors and parents have to say about circumcision. 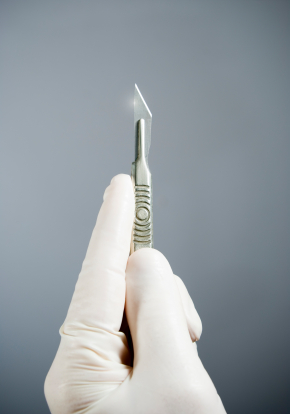 The American Academy of Pediatrics has this official statement on circumcision, which is the removal of the foreskin from the penis.

“Existing scientific evidence demonstrates potential medical benefits of newborn male circumcision; however, these data are not sufficient to recommend routine neonatal circumcision. In circumstances in which there are potential benefits and risks, yet the procedure is not essential to the child’s current well-being, parents should determine what is in the best interest of the child. If a decision for circumcision is made, procedural analgesia should be provided. “

Now that you know where the AAP stands, find out what other medical professionals and parents have to say on the subject.

Dr. Anatoly Belilovsky, director of Belilovsky Pediatrics in NY and board certified pediatrician with more than 20 years of experience, says that circumcision does have a preventative effect against some diseases.

“The last word is that it has some preventive effect against several diseases, and appears to have a favorable risk/benefit ratio,” he says, saying that pain is controlled with topical anesthesia in medical circumcisions.

“The two illnesses that circumcision appears to protect against are urinary tract infection and cancer of the penis. Penile cancer is infrequent, but more common than serious complications of circumcision. Circumcision remains a personal decision, incorporating cultural and religious factors, and its use is not without medical indications. It is particularly indicated for boys with phimosis, but its risk/benefit ratio does not justify its use in all male infants.”

Aimee Kessler Evans, mother of three boys, said she was conflicted about what to do (she is Jewish and her husband is not) until a pediatrician said it was a good idea if her husband was circumcised that her boys also be circumcised because it would be difficult to explain the difference to them.

“I tried to imagine my husband and my future son in the shower together, and my husband trying to explain that there was nothing ,’wrong’ with the boy… and realized the doctor was absolutely right. “

Lisa Chronister said she left the decision up to her husband, but they both decided to circumcise their son so he would look like his dad. “Most of the medical literature seemed to be advocating it, and his father was circumcised so I thought it would be good for him to “look” like his dad,” she said. “It seems like every few years the ‘trend’ and ‘conventional wisdom’ on this changes — so I’m really curious about how many of my son’s peers will be and how many won’t be.”

Dr. Tom Potisk, AKA the Down to Earth doctor, says that circumcision is “ritualistic male genital mutilation.” “The mere thought that medical science can routinely improve man’s God given anatomy is an abomination,” he says, saying that the research justifying it is poor and insignificant. “Compare other cultures that don’t routinely circumcise and you’ll see what I mean. “

Sherri Hayter said her husband initially wanted to circumcise, but decided against it after knowing her feelings.” When a baby is first born, it is a brand new world with new experiences for him. Imagine that they are relying on you to keep them safe and nurtured and three days after they are born we have them undergo an extremely painful procedure,” she says, noting that in Canada it is not a routine procedure and insurance does not cover it.

“I feel strongly that boys are born with a foreskin for a reason (protection of the glans, greater sexual pleasure for both man and woman during intercourse) and the reasons people choose to circumcise have nothing to do with medical reasons, rather they prefer a penis with no foreskin,” she says. Hayter goes on to say that if her sons decide at any point they would prefer a penis without a foreskin she would pay for it. “This way it is a choice that they make, they are completely mentally prepared for the procedure and they fully understand the implications.”

Dan and his wife had their first baby three weeks ago, and they also agree with Hayter in that is best to wait until your child can make that decision on their own. He also has concerns about the risks and complications from an unnecessary surgery, including pain from the surgery.

“I’m a little sad that my baby won’t be the same as me,” he says. “I’m circumcised, and I’m sure he’ll have questions about why were not the same. The easiest course of action is to simply keep a very open dialogue about society, the pressures there from and why we decided to let him choose what to do with his body.”

Tell us: What are your thoughts on circumcision?