Circumcision has always been a touchy subject. Some parents feel it is a very personal decision, arrived at as a result of medical research, personal beliefs, traditions or religious preferences. Other parents find it an unnecessary practice, with some even calling it genital mutilation. Keep reading to learn more about what the American Academy of Pediatrics has to say about circumcising your baby, as well as the reasons many parents choose to circumcise and the reasons others find the practice unacceptable. 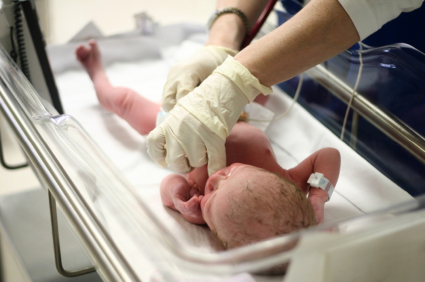 For those moms who follow blogs and “happenings” on the internet, the sad death of a baby, following a circumcision procedure, brought out the anti-circumcision activists in full force. His mom, Jill Haskins, found herself defending her family’s decision to circumcise their son, whose death, she explained, was the result of a congenital heart condition. The ensuing attention made many parents aware of exactly how heated a debate topic circumcision is — sometimes leaving those who favor it on the defensive.

The American Academy of Pediatrics’ stance

Sometimes, the AAP’s position on an issue can help guide parents in one direction or the other. However, with circumcision, their stance leaves parents to decide: “Scientific studies show some medical benefits of circumcision. However, these benefits are not sufficient for [the AAP] to recommend that all infant boys be circumcised. Because circumcision is not essential to a child’s health, parents should choose what is best for their child by looking at the benefits and the risks.”

The AAP offers several reasons for circumcising. Some parents believe in one or more medical benefits:

And others choose to circumcise their children for social purposes — e.g. Dad is circumcised, he’ll look like the other boys, etc. — or religious and cultural beliefs.

Reasons parents choose not to circumcise

So, is circumcision really necessary?

According to the Centers for Disease Control, approximately 65% of infant boys were circumcised in 1999, the latest year it made statistics available. That means that approximately 35% of newborns were not circumcised. While that’s not an even split, it also means that an uncircumcised boy will not be “the only one” who looks different in the locker room.

Anti-circumcision groups would like that 35% increase to 100% and comments left by individuals on the AAP’s website fault the agency for glossing over the reasons not to circumcise. Some point to very real and serious risks, such as death.

In fact, many doctors and experts say that the purported medical benefits of circumcising are hardly noteworthy. Popular parenting website Ask Dr. Sears advises that the only reasons to circumcise are religious belief or personal preference, discounting all of the medical reasons listed on the AAP’s website.

How do you feel about circumcision?

Do you feel it’s a personal parenting choice that should be respected, or do you think it’s an unhealthy practice that should stop? Share your opinion in the comment section below.