Robert G. Edwards, British physiologist and “father” of in vitro fertilization, was awarded the Nobel Prize for medicine Monday for his work in helping millions of families all over the world conceive. 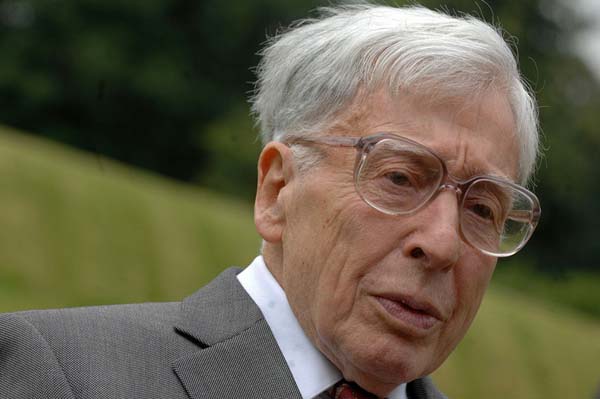 Millions of parents and children around the world are thankful for the work of Robert G. Edwards.

Now, the “father of the test tube baby” is finally receiving the recognition he deserves. Edwards was announced Monday as the winner of the Nobel Prize winner for medicine.

“As early as the 1950s, Edwards had the vision that IVF could be useful as a treatment for infertility,” the Nobel Prize committe said. “He worked systematically to realize his goal, discovered important principles for human fertilization of human egg cells in test tubes.”

Father of the “Test Tube Baby”

His work has resulted in the birth of over four million babies worldwide, many to parents who weren’t able to otherwise conceive. His first “test tube” baby, Louise Brown, was born in Oldham, England in July 1978. She’s now the mother of a son, conceived naturally.

The 85-year-old British physiologist continued his career as a researcher and medical journal editor after his success with in vitro fertilization. His work with fellow scientist Patrick Steptoe on IVF also helped pave the way for advancements in stem cell research and treatments for other reproductive issues.

MORE NOBEL PRIZEs TO BE ANNOUNCED

Edwards will receive about $1.5 million dollars for winning the Nobel Prize for medicine. His award kicks off a weeklong series of announcements for Nobel Prizes in medicine, physics, chemistry, literature, peace and economics.