Parents fret over child abductions and terrorism, while ignoring the realities of today’s biggest risks such as abuse, homicide, drowning and obesity. Are the issues concerning parents really something to worry about? Or are there more serious threats to our children’s lives and safety? 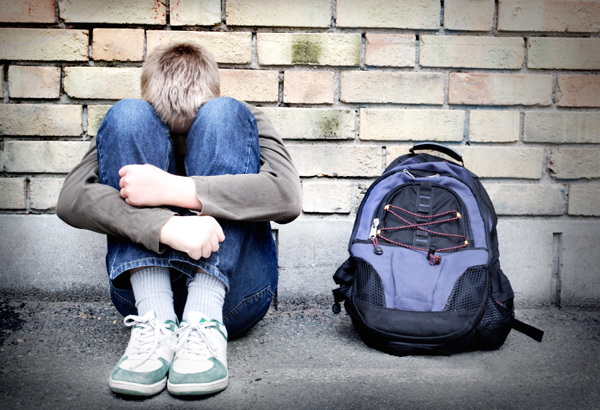 Seth Walsh, a gay 13-year-old boy from California, died today, nine days after he attempted suicide in his backyard by hanging himself. His death is the latest in a rash of teen suicides due to bullying.

Last week, Asher Brown took his own life after school bullying became too much for him to handle. The 13-year-old middle school student had recently come out to his parents and classmates.

Suicide is among the biggest dangers to today’s children. According to a recent New York Times article, suicide ranks with car accidents, homicides, child abuse and drowning as the worst threats to children.

From the minute a child is born, there is always something to make a parent’s heart race and guard rise. But are parents worrying about the wrong things? Possibly. A recent New York Times article suggests parental worries and actual risks don’t line up.

According to the New York Times article, surveys by the Mayo Clinic reveal that parents are most concerned with kidnapping, school snipers, terrorists, stranger danger and substance abuse.

Recent teen suicides point to the seriousness of this threat to children. The American Academy of Child and Adolescent Psychiatry ranks suicide as the sixth leading cause of death for children age six through 14, and the third for 15-24 year olds.

Teen bullying has been named as the reason for several recent teen suicides. Parents need to be vigilant, working with schools to ensure that bullying is never tolerated. And when it happens, they need to take action to stop it. “Kids shouldn’t be subjected to anything we wouldn’t tolerate ourselves. We have bosses, human resource departments, laws and police to keep order and protect us — it’s our responsibility as adults to protect kids,” says Dr Anthony Rao, co-author of The Way of Boys: Raising Healthy Boys in a Challenging and Complex World. Bullying in schools is an epidemic that must end.

Likewise, in terms of other dangers like child abuse, parents need to be mindful of their child’s behavior and be on the lookout for warning signs, such as bedwetting and binge eating.

The bottom line? It’s a parent’s job to know what’s going on in their child’s life and act as an advocate for their child whenever necessary.

What real parents worry about

It’s one thing to read studies and statistics, but it’s another to hear the worries directly from parents. So, what do parents say they are concerned about these days?