If you’re planning on adopting an older infant or a toddler, you should be prepared to modify your expectations, at least during the initial adjustment period. Whether you’re talking about potty training, temper tantrums or plain old listening skills, adoptive parents need to remember that their child is making a huge transition. Expect the unexpected! 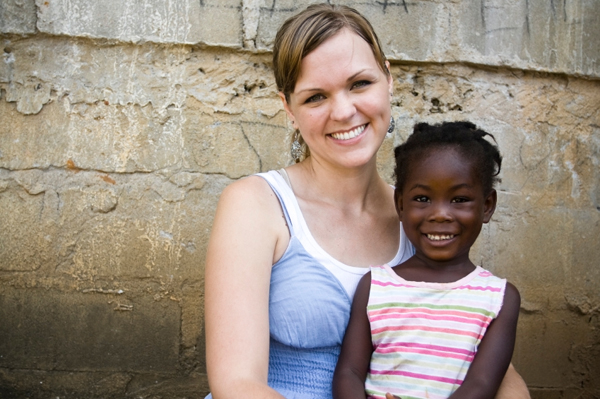 You might have a good understanding of child development and behavior if you’ve parented biological children or if you’ve spent a lot of time around friends’ kids. However, most seasoned adoptive parents will tell you that the early weeks and months with a newly adopted older infant or toddler don’t always mirror typical experiences. Adjust your expectations and everyone will have an easier time.

If your newly adopted child is a toddler, you may be surprised to learn he was potty trained at an earlier age than you would expect. Disposable diapers aren’t used at many orphanages because of the expense, and can you imagine keeping all of those cloth diapers clean and at the ready? Necessity means that toddlers are often potty trained when they’re younger.

However, just because he was potty trained doesn’t mean he’s going to stay potty trained … at least initially. Kids who are going through major changes often regress, and have no doubt, this is a major change for your new family member. Talk to your pediatrician or adoption specialist about how to handle it. Whether your approach is to be patient through the accidents or return to diapers for a while, you’ll find a solution that works.

Sometimes two children from the exact same orphanage, who lived under identical circumstances, will behave in completely opposite ways. Some children join their new families and take the art of the temper tantrum to a whole new level. Others come home and do their very best not to act out, almost behaving too well.

Remember that institutionalization affects each child differently. Also keep in mind that while too much acting out is very difficult for parents, far too little isn’t necessarily great for your child. Again, talk to your pediatrician or social worker so that you have the coping skills and knowledge to help your child through this phase. Believe it or not, it won’t last forever.

“No” could be a word your child heard too often — or not enough. Pay attention to your child’s reaction to being told “no.” Granted, all children need boundaries and it’s our job as parents to set them, but your newly adopted child might not have had a typical toddler experience before she came to you. If she seems worried she’s going to do something wrong, is overly cautious and expects to be told no, look for creative ways to cut down on the use of the word for a while. Conversely, she might not have been told “no” much at all, so you’ll have to focus on teaching appropriate behaviors.

Whatever developmental issue you’re facing during your early months together, just consider your child’s early life experiences and the huge transition he is experiencing. Most important, don’t forget that this, too, shall pass! Until it does, remain flexible and understanding and above all, ask questions. Your pediatrician, social worker and other adoptive parents who have been there, done that can reassure you, give you advice and share experiences that they survived!