High school juniors and seniors are thinking about college as the school year gets underway. But where should they be looking? A new WSJ survey revealed that job recruiters are looking more towards state schools when finding job candidates because they often have larger populations to draw from. What are the benefits of state schools versus Ivy League schools? 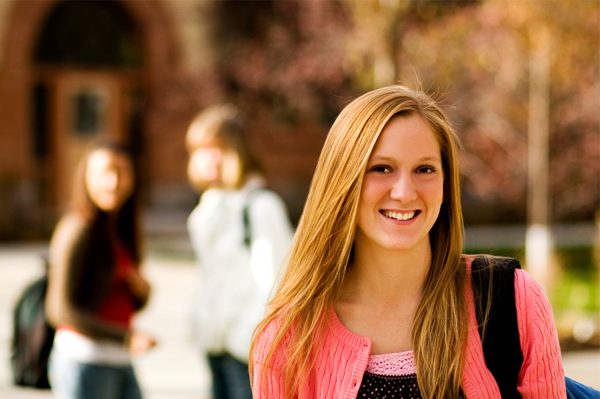 By the time students hit their junior year of high school, many are looking eagerly toward college . But choosing a college isn’t just about location, enjoyment or majors. It’s also about setting your high schooler up for job success — and being noticed during recruiting season! — in the future.

So, what schools are recruiters most interested in? The answer may surprise you. A new Wall Street Journal survey revealed that recruiters look towards public colleges and universities more than Ivy League schools when recruiting. Recruiters at 479 public and private companies, nonprofits and government agencies were asked in the survey about their top school choices for recruiting.

So does that mean that state tops Ivy? Not necessarily. Ivy League schools are still very prestigious, but state schools also have some great benefits, experts say. “Both offer outstanding education,” says Rhonda Rivera, co-founder and director of sales and marketing for Top-Tier Tutoring.

How do they stack up to each other? Rivera says that state schools offer a lower cost, larger student body and more athletics but they also have a higher student-to-faculty ratio and less prestige. Meanwhile, Ivy League schools have smaller class sizes, more professor availability and better opportunities to network after graduation. However, they are more costly and more competitive to get into.

But expert Alisa LeSueur, a former Certified College Planning Specialist, says that in some cases, Ivy League schools can actually be a more affordable option, thanks to financial aid. “If the student’s parents make less that $60,000/year, I encourage the Ivies. The out-of-pocket cost for these students is much lower that State schools. Many times, the cost is $0,” says LeSueur.

For those that wouldn’t quality for low-income financial aid, the student’s future plans are important in choosing a college or university. “If the student will pursue International Business, the Ivy will help with their credibility. Same with politics and other high profile careers. If the family income is over $100,000 and the student wants to, say, teach, an Ivy education is overkill,” says LeSueur.

How should students start picking their potential colleges and universities when it’s application time? “We first recommend that the student do a self-assessment. …Figure out whether the student wants to go to a large or small school, rural or urban,” says Rivera. Students should also consider the major that they want to pursue, she says.

Next up comes the school visits, which helps narrow the list.

Finally, how many colleges and universities should students apply to? “Ultimately, a student should apply to 8 to 12 schools composed of an equal distribution of safeties, target schools, and reaches,” says Alexis Avila, founder of the Boston-area firm Prepped & Polished, a tutoring, college counseling and test prep organization.

More ways to prepare for college