Separation anxiety is a normal phase of most children’s development. Children between nine and 12 months old often become upset or sometimes even hysterical when their primary caretaker leaves the room. Children who were adopted out of orphanages or the foster care system are no different — they experience separation anxiety, too. 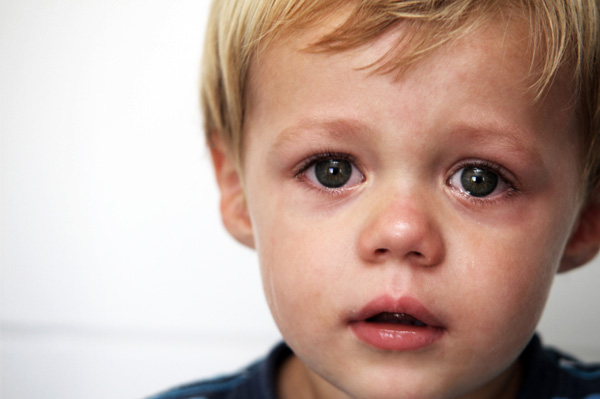 Separation anxiety is a normal childhood phase, but it sometimes manifests at different times or in different ways in adopted children, who are usually not newborns when they join their family and who likely have been in foster or institutionalized care. More important, adoptive parents often view separation anxiety through the lens of adoption, thus making them uncertain about how to approach it. Read on for advice and information that will help you make it through this stage of development – with your sanity intact.

Too anxious — or not anxious enough?

When my husband and I adopted our son, then 10 months old, he couldn’t have cared less about our presence — or lack thereof. In fact, he seemed to prefer that we leave him alone — so of course we never did. We worked very hard on attachment and bonding and were oddly excited eight months later when he began having meltdowns when we’d briefly leave him with our regular babysitter. Conversely, our daughter clung to me from the minute she was placed in my arms at almost eight months old. I couldn’t go to the bathroom, take a shower or eat a meal because merely being set down sent her into a complete panic. The concept of personal space seemed as distant a reality as winning the lottery. Relief isn’t an adequate word to describe my feelings when, several months later, she finally knew that Mommy taking a shower every day was a good thing. For everyone.

The same but different

Dr Jane Aronson, a board-certified pediatrician specializing in adoption medicine, and an adoptive parent herself, explains that separation anxiety is an issue you see in most children, adopted and biological. The difference is that adopted children can also have attachment issues or delays resulting from their early experiences, which change the way we think about separation anxiety.

As an adoptive parent, what should you do when your child begins to experience separation anxiety? After all, giving up showers altogether isn’t an option, even if we sometimes feel like it’s the only one available. Aronson suggests you ask yourself, “Is this behavior normal for my child?” If so, take steps to create situations that are as secure as possible for your child while at the same time allowing yourself to live some semblance of a normal life.

“I don’t think that separation is that tenuous or fragile a moment,” says Aronson. “I feel it’s an opportunity to use common sense.” For example, if you are cooking or cleaning, you can put your child in a pack-n-play. As you work, you can make eye contact, but you also get a few things done. A baby carrier such as an Ergo allows you to “wear” your baby or toddler and maintain closeness while still being productive.

As for leaving your child with another caretaker, Aronson recommends planning and making slow transitions. If you’re having someone care for your child in your home, have her come a week or two ahead of time so that you’re all in your home together, then begin leaving for short periods of time. If you are taking your child to someone else’s house for care, stay for a while each day to ease the transition.

The bottom line is that while you should absolutely be mindful of how being adopted affects your child’s behaviors and feelings about separation, this is a normal stage of development for all children, and the way you handle it isn’t all that different. My husband and I did much of what many of our friends with biological children did, but to a more extreme degree.

Dr Aronson has some very useful advice for those of us who are often concerned about our parenting decisions in relation to our children’s history: “If you’re asking questions, you’re not messing up that badly! Give yourself a break!”

4 hrs ago
by SheKnows Editorial