No matter what the music charts say (or the promoters try to promote), each summer has its own feeling, its own personality, its own soundtrack. Wouldn’t it be fun to capture this summer’s music so you can revisit it again later — say, mid-winter, when the snow is piled high against the windows? Lucky for us, this is easier to do than ever. 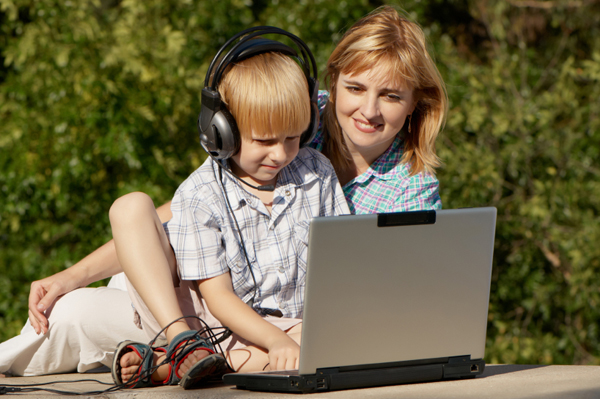 The music of summer is typically an eclectic mix of what is currently playing on the radio stations and the rose-colored memories of previous summers. Sometimes, it’s a song from a movie, and sometimes it’s a snippet played in a television commercial. It’s often a different song or set of songs for each member of your family. Gathering the songs together on one CD or playlist is one way you can hold onto some of summer all year long.

Ask every member of your family for input on their favorite songs of the summer. Yes, that means your teeny-bopper daughter and your rap-loving son. You may cringe at a couple of their choices, but if everyone gets input, they’ll have to listen to your choices, too. And, no matter what, you’ll always associate the songs with this particular summer.

Don’t forget to include some older music for balance. By older, I mean anything that could mean summer to you, from the Beatles to Vivaldi.

After gathering all your songs, experiment with the order of the songs on the playlist before commiting to the final order. Some songs will flow into one another more easily than others, and rearrangement is often needed. Even after you think you have just the right order, walk away from the list for a day or two. When you come back to it, does the order still sound right?

Now that your summer playlist is all set, sync it to all the MP3 players in the family. Burn CDs, too, and share them. Mixed CDs and playlists can be quite personal in content, but they often please many.

Compiling the music of summer is an easy and fun way to hold onto a terrific summer. Every time you hear the first bars of the first song on your CD or playlist, you’ll think, “Summer!” And you’ll smile.