When Gisele Bundchen recently told Harper’s Bazaar that breastfeeding should be a mandatory worldwide law, she raised many eyebrows. She later said that she was merely trying to convey her belief in the importance of breastfeeding. However, the idea raised an interesting question – Should moms be made to breastfeed? 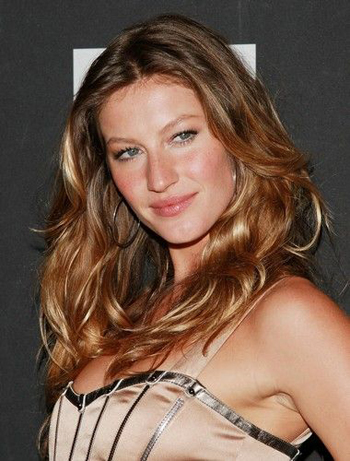 Anyone who has ever breastfed a baby knows one honest truth: it’s hard. In fact, for some, it’s impossible. Thanks to modern conveniences, it’s not the only way to feed a baby anymore … women today have choices. Formula isn’t just a great backup, but it’s a choice women can make for their babies.

That’s the question raised by recent comments by Gisele Bundchen, who mentioned requiring breastfeeding worldwide in an interview. She says that she believes in the importance of breastfeeding, though didn’t truly mean that there needs to be a law.

Still, Gisele Bundchen’s breastfeeding comments do bring up an important point. Since breastfeeding is known to be better for babies, should mothers who are able to breastfeed be required to do so?

To legislate or not to

While a law is an interesting thought, it’s not something that could actually be enacted. Experts say that a legislation would violate freedoms established by the Constitution. “The law Giselle proposes — to mandate breastfeeding for mothers who are physically able to do so — would likely be unconstitutional,” says Erik S. Pitchal, Assistant Clinical Professor of Law at Suffolk University Law School in Boston.

How so? “While the government is permitted to require parents to do lots of things in the name of public health … a mandatory breastfeeding law would cross two big lines. One is privacy: people get to control their bodies, and a law to require breastfeeding would surely violate the mothers privacy and right to control her own body. The other is the right to parent: people get to make their own decisions about parenting, including what to feed their children, so long as they are providing adequate nutrition and not harming them,” says Pitchal.

Privacy attorney Liza Barry-Kessler agrees. “One of the problems with the idea of a “mandatory breastfeeding” law is that there are almost no circumstances in which we can legally compel people to take some kind of medical action, or otherwise compel people to do certain things with their bodies,” says Barry-Kessler.

What does unable to breastfeed even mean?

When asked about a mandatory law, many women point to the myriad instances in which a woman simply cannot breastfeed — and the problem with regulating to protect those women. “It would be very difficult to define what counts as ‘being able to breastfeed.’ Are you ‘able to breastfeed’ your child if you have malformed nipples and would have to use a special breastfeeding device,” says Berit Brogaard, Associate Professor of Philosophy and Psychology at University of Missouri, Saint Louis.

The fact is that the decision to formula feed isn’t so much as decision as much as need.

What is the answer?

Ultimately, while a law mandating breastfeeding wouldn’t and couldn’t work, there are ways that more women might be compelled to breastfeed. Creating a public campaign to bring the message of the importance and the benefits of breastfeeding to the masses could help. “Resources, education and FREE information should be mandatory. In my profession, the main reason I see that women do not breastfeed, or don’t stick with it, is that they are completely uneducated on the subject,” says doula Althea Hrdlichka from Phoenix.

But, also reducing the barriers to breastfeeding is important. “In my personal opinion, we would be far more likely to achieve the goal of increased breastfeeding if we work on changing the social structures that support it, for example, providing 6 month FMLA leave instead of the current 12 weeks, and paying women at least a portion of their salary while on FMLA,” says Barry-Kessler.

What do you think about Gisele Bundchen’s comments on breastfeeding?

16 hrs ago
by Anna Davies