Childhood obesity rates are skyrocketing around the country. However with a little guidance, even the most junk-food obsessed kids can create a lifetime of healthy eating habits. 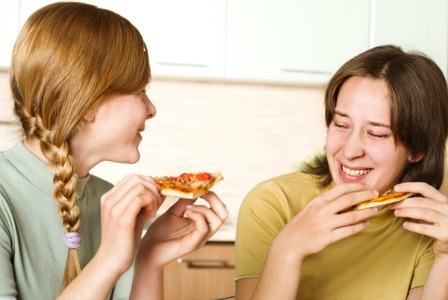 For kids, eating habits are all about their parents’ lifestyle choices and the behaviors they see modeled for them. When the adults in the house choose chips over veggies and spend most of their downtime sitting on the couch, it’s hard for kids to make better choices.

Getting a tired, moody, stressed or emotionally troubled teen to improve his nutritional intake might be a struggle. By following some basic guidelines, parents can help their teens create healthy eating patterns that will empower them to feel and look good. The payoff is plenty — teens just have to see it to believe it. 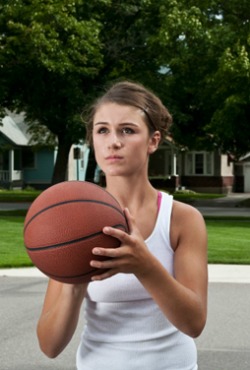 By now your teenager’s eating habits are pretty set in stone — but if sugary, greasy and fizzy are their main meal categories, this is the perfect time to help them change course.

Robert and Jeanne Segal are publishers of Helpguide.org, an organization that aims to empower individuals to make healthy choices to prevent and resolve life’s challenges. They suggest that the best way to get teens to make dietary changes is to present ideas in terms they understand — by showing them the short-term consequences of chronically eating unhealthy foods.

Explain to your teen that better dietary habits and an active lifestyle lead to improved appearance, better sleep, improved athletic ability, better moods and overall improvement in their enjoyment of life. The Segals suggest saying things like, “Calcium will help you grow taller during your growth spurt,” and, “Iron will help you do better on tests and stay up later without being as tired.”

Coax kids to get 60 minutes of physical activity per day with something they enjoy doing. The activity doesn’t have to be a sport — the goal is to get kids moving in whatever makes them happy and active. Encourage your teen to walk the dog, jog, play tennis at the park, shoot hoops, rollerblade, swim, bike or go to the gym. Parents should watch how they coax kids into making these changes. “It’s a fine line between teaching and preaching, but it will pay big health dividends down the line,” the Segals explain in their online article, Nutrition for Children and Teens. Most importantly, when parents eat healthier and get active, the changes become a lifestyle habit rather than something kids have to do. 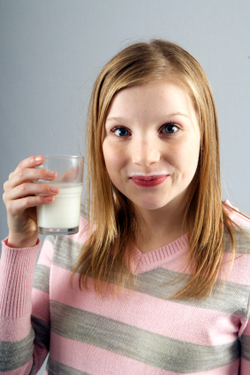 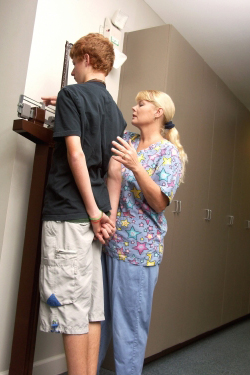 Ironically, our society’s obsession with being skinny and mirroring magazine models has led to a generation of unhealthy teens with low self-esteem and distorted body images. Such kids — particularly girls — are at risk for eating disorders.

Yet, what might seem “fat” to teens and parents could be the normal growth by-product of puberty. Puberty hormones cause girls’ bodies to develop curves by depositing fat in areas around the breasts, hips and thighs.

Dietitians with Nutrition.com suggest that before parents focus on their teenager’s weight (creating self-esteem issues in the process), they should take a realistic inventory of their own bodies. Look at other girls and adults in the immediate and extended family, such as grandparents, aunts, uncles and cousins. Healthy bodies come in all varieties. Not every healthy body is genetically predisposed to being a certain size. Smaller people may not be healthier people.

The Segals recommend parents ask themselves the following questions:

Puberty brings dramatic and rapid changes to a teenager’s body. As a result, parents should increase certain nutrients in their teen’s diet and encourage them to adopt a lifetime of healthy eating habits.

The 4 deadliest drugs teens are taking
Encouraging healthy sleep habits in your teen
Eating disorders on campus: Why you should talk to your teen

22 hrs ago
by Tonilyn Hornung