Sexual predators have manuals — yes, actual child molestation guidebooks — on how to abuse kids. Arm yourself as a parent with the tools to protect your children from them. Here’s how.

Related story Update: The Momo Challenge Driving All Your Mom Friends Berserk is a Hoax 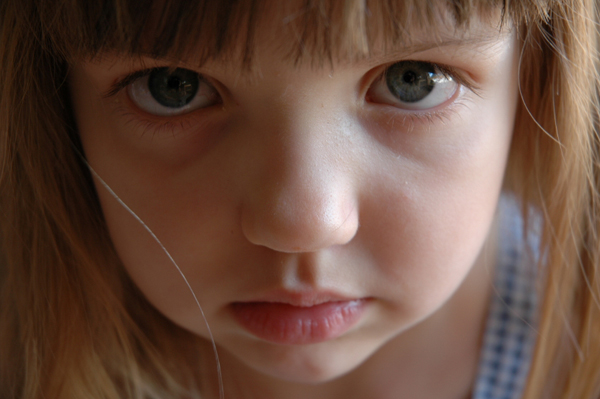 It all seems like a sick, sad joke — a manual for sexual predators so that they can learn the “rules” of preying on children. But it’s not a joke, and more disturbing, it’s not even illegal. According to a recent report on KPHO, a CBS affliate in Arizona, there is a 170-page how-to guide circulating amongst perverts in the Phoenix area that includes directions on how to have sex with a child.

“There are guides that are put out by sexual predators, the underground community if you will, but they are guides,” John Dyck, Immigration and Customs Enforcement, told KPHO. “They’re fairly detailed and they’re fairly instructive.”

As a parent, it’s scary to know that this type of ‘guide’ exists. It’s scarier to know that the problem isn’t isolated to the Phoenix area — predators are everywhere. So, what can you do? You need to know where the danger lies and how to prepare yourself and your children for anything.

Who are the predators?

Everyone has heard the phrase “stranger danger,” and indeed, children should know what to do in the face of dangerous situations involving strangers. But when it comes to sexual abuse, it more often happens with people you know, experts say. “The majority of child molesters choose to molest children they know and have access to. It’s more likely that someone you (and your child) know and trust is the child molester vs. some stranger. (Neighbor, teacher, coach, your boyfriend, etc.),” says Maria M. Marinakis, Ed.M., LADC of 10 Minute Parenting.

Marinakis says that it’s important for parents to connect with their kids daily (especially since predators can find their ‘in’ by doing so). If you are the one connecting, then kids won’t crave that attention. Also, know the people who your kids are with. “Know your children’s friends and their parents,” says Marinakis. “Many molesters put themselves in situations where they are seen as leaders in the community and where they have access to potential victims. They operate by establishing trust with your child and with you.”

What parents can do

As a parent, you naturally want to do everything you can to help keep your children safe from potential predators. Dr. Jaime Romo, an educator, consultant, and author who works with abuse victims to help them heal, says that it’s important for parents to educate their children. “Just like you teach your child about other dangers, teach them about the danger of abuse,” says Romo.

But, how can kids know what is abuse?

Marinakis says that parents need to teach their kids boundaries. “Teach your child to set appropriate physical and social boundaries. Don’t force your child to kiss or hug a relative or friend (or anyone) if they don’t want to. Doing so sets them up to believe they don’t have say in how they use their bodies or who can touch them. You can still teach good manners, but boundaries are essential,” says Marinakis.

Likewise, it’s also important to give your children the language they need to tell you if something is wrong, he says. “Give names to body parts, discuss abuse with them in an age-appropriate way, invite them to ask questions,” says Romo.

Another important element: trust your instincts and your child’s as well.

“No matter how nice or well-positioned someone is, if your gut tells you to avoid leaving your child alone with them, trust your instinct,” says Romo. “If your child is uncomfortable with someone, that should be enough for you.”

Finally, be sure that your kids know that they can come to you with anything. “Talk about everything with your children, including, in an age-appropriate way, abuse, so that they will be able to come to you openly if they experience it,” says Romo.