Have you resigned yourself to chaotic mornings, afternoon tantrums, and evening meltdowns? Do you plan your life knowing you’re going to be late every time you need to leave the house with your kids? Routines can help streamline your home — and keep your special needs child calm and focused. Here’s how to put routines to work for you. 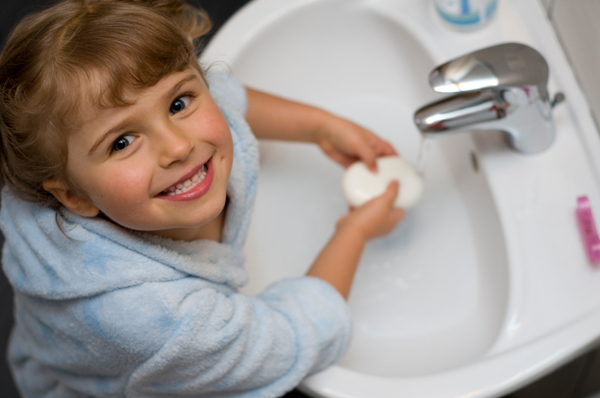 Recently, we made arrangements to carpool our children to and from school with another family. “I’ll be in front of your house at 7:16,” my husband said, and the other mother laughed.

You might think we don’t have very many friends, and I’m sure there are many who would agree with you. But we are firm believers in — and enforcers of — our routines, because they work for our family of seven. They make life much more pleasant for all of us, especially our 6-year-old with special needs.

Knowing what to expect

Our son’s speech was significantly delayed. He only gained real fluency with language around age five. Until he was three, I had the terrible habit of taking him places without letting him know what to expect — it just never occurred to me to talk to him about what was going to happen. But when he was three, one of our therapists gently pointed out the error of my ways and suggested that it might have something to do with the meltdown my son was having on her floor at that very moment.

“He needs to know what to expect,” she explained. “And the more predictable you can make it, the better.”

I took her words to heart and started working on routines. The change in my son’s behavior was immediately positive. Sure, it took some tweaking to get the routines just right, but it was time well spent. Within a few weeks, we had found a totally new groove. Instead of spending time screaming, my son was free to learn new skills. Having routines in place gave him the structure he needed and allowed him to progress.

Start with the basics

We started off simply: a basic morning routine. Wake up, go to the bathroom, wash hands and face, brush teeth, get dressed, eat breakfast and get backpack for school. We talked about each step, we used a picture schedule for a time and we worked at the routine until it was second nature. And that routine is now set in stone — if it’s a school day.

Over time, we added after school, pre-dinner, and bedtime routines. We put routines in place for the other kids, as well, and we quickly learned that success breeds success: when everyone in the house knew what to expect when, everyone was calmer. That atmosphere pervaded our home and helped our special needs son stay centered.

One of the most helpful tricks we discovered was that associating routines with certain activities helped transform transitions. We created a simple routine for leaving the kids with a sitter, for example: we’d tell them after school that they were having a special dinner (macaroni and cheese), after dinner they got a special treat (ice cream), and then the sitter came, we gave hugs and kisses, and everyone said goodnight and waved as we left.

Transition routines also help our son handle other situations, like sitting in a waiting room, visiting the doctor or dentist, and encountering new people. By giving him a framework he can count on, we’ve provided our son with a way to manage the changes the world throws at him.

I used to dread school vacations — the “lack of routine” had my son in a tizzy. By creating an off-time routine, we gave him back the structure he craved. We let him know ahead of time what he could expect, set him up for success by arranging toys, clothes, breakfast, and so on, and then followed through on our own commitment to stick to a schedule. Yes, that means I can’t just toss caution to the wind and plan the day on the go. But if that’s the tradeoff for a happy kid — and a happy family — I’ll take it.

Tell us: What about you? Have routines helped your family? Let us know in the comments!