I knew for many, many years that I wanted to be a mom someday. When I was a teen, I remember drawing the floor plan of the house I would have someday – penciling in the rooms and the names of the 13 children I would have. When I was in college, my aunt adopted her first child from Honduras. I remember meeting them at the airport and the early days of watching this new addition to our family. That same aunt adopted again from China five years later and so the idea of adopting as a single person was always something I knew would be an option for me as well. I did not have a particular timeframe in mind, but I knew that it was something I was very interested in doing “some day.” 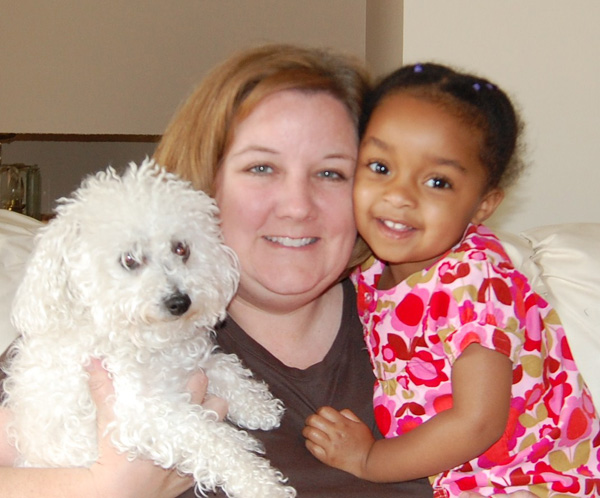 Finally, around the time of my birthday in 2006, I took the leap! It was time to start working on adopting. I only seriously considered the agency my aunt used, so I focused on their programs. I began finding online support groups, researched on the web, attended an informational meeting and met with the director of the agency I had in mind. I toggled between a few international programs and worked on my initial paperwork and finances. A few months later, I submitted my initial paperwork. At this point, I focused on adoption from Vietnam – it was a new program for my agency, a newly re-opened program between the United States and Vietnam and, at the time, it appeared it would be an excellent match for me. For a variety of reasons, I chose to request a baby boy and I anticipated getting a referral and traveling six to 10 months after completing my paperwork.

The path to adopting is rarely predictable and smooth. Unfortunately, the Vietnam program for my agency (and for many other agencies) never progressed into a solid program. After a number of months it became clear that I would not be bringing home a son from Vietnam through this agency.
While truly devastated and at a loss of how to move forward, I talked about options and we briefly discussed domestic adoption. I had been interested in domestic adoption from the beginning, but I did not think it was a viable option given that I would be adopting as a single woman. I was intimidated by domestic adoption — by waiting to be chosen by someone, by the possibility of things falling through, by the weight of the bad stories you hear time and again of domestic adoptions gone bad. 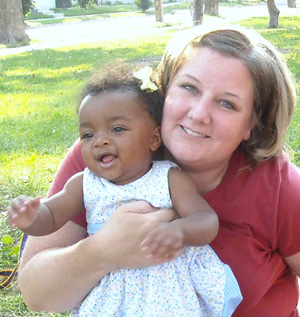 I was not ready for a switch the first or even second time I talked to my social worker about making a change. But finally, I was ready. I was ready to let go of the baby I imagined from Vietnam, ready to let go of the trip, the experience, the culture, the bonds I had formed with that path I had been envisioning for months. In transitioning into the domestic adoption program, I was told that as a single person I would likely wait much longer than couples did and that my chances were definitely much slimmer of being successfully matched. I worked on my profile and tortured myself over every single decision. I worried, cried, panicked and otherwise twisted myself into a ball of stress over each detail. I turned my profile into my agency and waited. Impatiently.

Along the way with that agency, I became friends with another single gal I had met at an agency function. We had a great deal in common and developed not only a strong friendship, but leaned on and utilized one another to survive the process. We were both single, both originally working on adopting from Vietnam and had both started around the same time. When things looked good we celebrated and when things looked dour we leaned on one another’s shoulders. We both came to terms with needing to make a change around the same time and brainstormed over our domestic profiles together.

Shortly after our shift to focusing on the domestic adoption program, she let me know that she had sent her paperwork off to a new agency and she had been matched! Within a couple of months, I sat in her living room holding her new, tiny, beautiful three-week-old baby girl. I wrote down the name of the new agency and drove home with a mission. Within a few weeks I, too, had sent my paperwork off to that agency. Then I waited with baited breath.