When People magazine put a beautiful, glowing Sandra Bullock holding an adorable little boy on the cover of its April 28th 2010 issue, fans were surprised … most in a very positive way. Bullock announced that she had and Jesse James had been in the adoption process for four years before becoming parents to Louis Bardo Bullock. However, in the wake of her separation from James, she said that she will finalize the adoption as a single parent and raise Louis on her own. 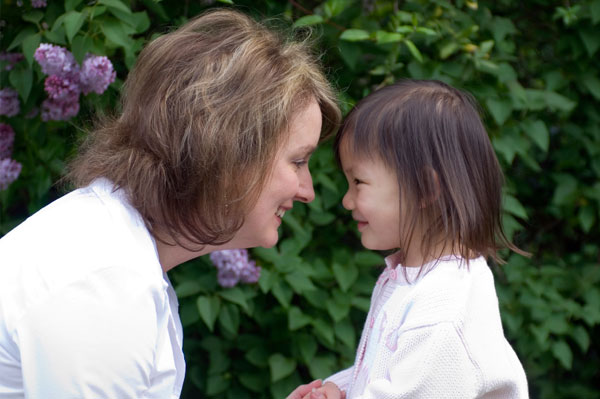 Adopting as a single parent is in no way the new “thing to do” and let’s hope that we don’t hear about single parent adoption becoming a fad — because it’s not. However, when a celebrity as big as Bullock does so and shares a bit of her story, what regular people do in their regular lives becomes far more interesting to the rest of the world.

Parenting in general is not easy and adoptive parenting brings its own unique challenges. What about adopting as a single parent?

Making the decision to do it on your own

Stacy Carey of Minnesota became a single mom through domestic adoption two years ago. When asked whether the choice was a difficult one to reach, Carey responds, “Not really. I’ve always known I wanted to be a mom. And while I did wait a while to see whether things would fall into place in the ‘traditional way,’ I also always knew I wanted to adopt, even if I had gotten married first.”

For some women, the decision to adopt solo is not particularly difficult and for others, it’s more complicated — much like the decision to become a parent can be for any other person, married or single, through adoption or biology. However, the truth is that adopting as an unmarried or un-partnered person does pose some unique challenges. And while parenting in general does not come with many guarantees, other than there are none, it never hurts to prepare.

Here are a few unique considerations when adopting as a single mom:

All parents, married, partnered or single, adoptive or biological, need a good support network. However, for a single adoptive parent, it might be even more important. Single parenting presents distinct challenges, as does adoptive parenting. Do you have people in your life who will be there if you need them? How do those who are closest to you feel about you wanting to adopt and become a single parent?

Stacy was very fortunate in that most of her friends and family were very supportive of her decision. Unfortunately, others find that their enthusiasm isn’t mirrored by relatives or good friends. Katie Prigel Sharp, a social worker and co-owner of Heart of the Matter Seminars, suggests that you actually listen to concerns if they are coming from someone you are close to and who you trust. Prigel Sharp makes a great point: “They might have concerns that are valid and could make points that you had not considered. Plus, if you listen to their concerns, they might become a part of the solution.” Occasionally, you might never find the support you’re looking for in someone. In that case, you have to decide how to handle that relationship should you proceed with your adoption plans.

The bottom line is that it is important to build a network of people who care about you and who will be there for you both emotionally and physically when you need it. Interestingly, many adoptive parents find an entirely new network during the adoption process. Carey says that some of her closest and truest friends are those that she met during her adoption process and shortly after she adopted her daughter. Adoption can create very strong and unique bonds among parents who share in the experience.

If this isn’t an area where the difference between a celebrity adopting and an “average” person adopting is glaring, what is? Unfortunately, most individuals have to put more effort into the financial aspect of an adoption than a celebrity. And while affording an adoption does not differ much between single and married people, you will have to pay for an adoption without the help of a partner —  whether that helps comes in the form of a second income or a second person to help with the logistics such as budgeting, saving, borrowing or earning extra money if possible.

Many, many adoptive parents will tell you that if you wait until you can “afford” to adopt, you’ll probably never adopt. But isn’t that something many biological parents say, too? If you truly want to become a parent through adoption, do not let the expense be the sole reason you abandon the idea. Research ways to save for and/or fund an adoption; you might be surprised by the creativity and commitment people have when they really want something.

Next page: Can single moms adopt both domestically and internationally? >>

53 mins ago
by Sydni Ellis