That cellphone you just got for your teen could be a deadly weapon. And, no, we’re not talking about texting (or talking) while driving. There’s another, more insidious danger that lurks in these devices, as well as in your home computer and any other connected device your kids use to keep in touch with friends. Is your teen at risk? 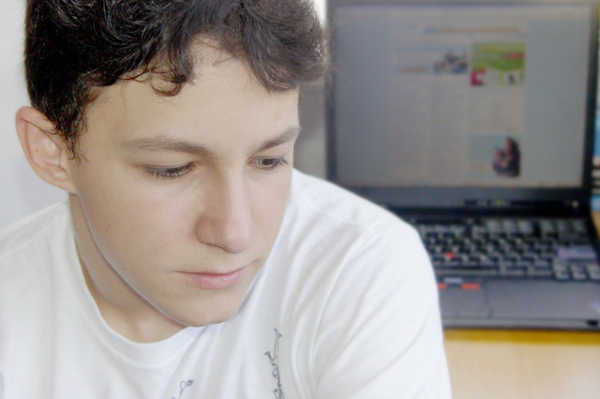 A teenager disapproves of her friend’s older boyfriend and tells him to leave her friend alone. The conversation takes a nasty turn, with insults flying. Hours later, the teen is beaten and left for dead.

The case of Florida teens Josie Ratley and Wayne Treacy is, sadly, just one in a growing number of cases in which teens — many of whom have never met in person — turn into bullies and victims behind a pseudo-shield of anonymity. And as we’ve seen, the rage they feel is real and can be expressed in the real world with horrifying consequences.

“Cyberbullying is becoming alarmingly common these days as technology advances and becomes more accessible,” says Eyal Yechezkell, CEO of Predicto Mobile, who cautions parents to understand the risks involved in text-messaged threats and abuse. Here’s what you need to know to protect your child.

Your teen underestimates the risks of texting

The text messages between Ratley and Treacy started off as a fairly typical exchange between teens and rapidly devolved into name calling and taunting. But when Treacy threatened Ratley — he flat out told her “I swear to God I’m gonna kill you!” — she responded with “K u make me giggle.”

Without the benefit of face-to-face conversation, Ratley and Treacy — who had never met in person — were completely comfortable cursing each other out. An in-person exchange might never have spiraled so far out of control, and at the very least, Ratley would have had an inkling of Treacy’s intentions. But behind the safety of her screen, she had no idea her life was in danger.

“There’s a perception out there that if we put parental control software on our desktops at home, we’re keeping our kids safe from cyber threats,” says Neil Book, CEO of SMobile Systems, a provider of security solutions for mobile phones. “But the reality is our children are walking around with handheld computers in their pockets that are connected to the internet 24 hours a day.”

Teens are stalking one other, sexting and bullying their peers — all from their phones. And most parents aren’t monitoring their kids’ phones closely enough — or at all.

It’s a lot easier to be a bully when you don’t have to look your victim in the face. For this reason, social networking websites have become a sort of safe haven for bullies. They can do their dirty work through their computer screens, sometimes even hiding behind fake profiles. It’s important to have open communication with your teen regarding the websites they use and what flags to watch out for. Consider enforcing a rule that requires your teen to share his passwords with you so you can check on his activity from time to time.

You can also be proactive by using a program such as Cyber Bully Detection from MetLife Defender. The user-friendly social networking apps available as part of MetLife Defender scan your child’s social media accounts to detect possible cyberbullying activities.

There is no escape from cyberbullying

Once upon a time, bullying was confined to the school day, and maybe the walk home. But for most kids, by the time they reached home they could put the day behind them and find comfort elsewhere. No longer. Cyberbullying goes on 24 hours a day — there’s no escape. And a traumatized teen may not have the courage to talk about what’s going on.

Clearly, you need to do something to ensure your teen does not become a victim — or an aggressor. The first step, says Yechezkell, is to tell your teen not to give out her cellphone number to strangers or acquaintances. But since this advice will likely be ignored, he also advises parents to teach kids to ignore nasty messages from someone they don’t trust.

“Don’t answer them,” he says, because responding “will just incite them to keep contacting you.” Do teach your kids to save any threatening or harassing messages because you’ll need them if you want to file a complaint. You can also block specific senders from contacting you — talk to your service provider for details. And if you suspect a true threat to your child’s safety or well being, call the police.

Mobile threats are real — but you can do your part to keep your teen safe.

MetLife Consumer Services, Inc. has paid SheKnows a promotional fee in connection with this content. For further information on the MetLife Defender product, please visit metlifedefender.com.