Recently, I walked into my cousin’s backyard to see her sitting with her kids in a circle. They were playing a fun, impromptu game of Hot Potato. Soon, the festivities turned to Duck, Duck, Goose. This wasn’t a party — it was just a lazy Saturday afternoon, and it got me thinking: What great games should parents know how to play? 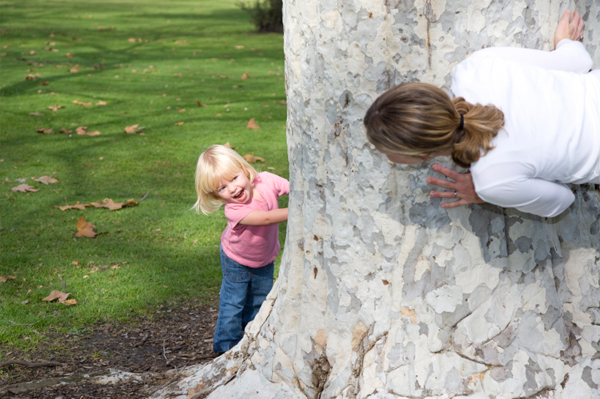 Chances are, you played some or all of these as a kid, but with all the pressures and stresses of adult life, you may not recall all the fun games that brought laughter and joy to your young days. It’s time to remember!

These six preschool games are easy and fun — and can even teach a few lessons along the way.

How to play: Have the children sit in a circle. One child walks around the outside of the circle, patting each child’s head. She says “duck” each time, until she reaches the person she wants to tag. For him, she says “goose.” The person labeled goose chases the patter around the circle as the patter attempts to sit in the goose’s place before getting tagged.

How to play: You need a radio or other music source and an object to act as a “potato” — a ball, balloon, small pillow or even a toy can work. One person operates the music while the participants sit in a circle, passing the object around the circle. Speed is key: When the music stops, whoever has the “hot potato” is “out” and must leave the circle. The game continues until just one person is left.

How to play: Blow bubbles and challenge your kids to pop them. You can turn this into a learning game by having them also keep track of how many they pop. It’s a great way to boost counting skills.

How to play: Divide a large group of kids into two teams. The teams faces each other, lined up and holding hands. One team yells, “Red Rover, Red Rover, send (insert name) over,” calling a person from the opposing team to try and run through their line. If the running player breaks through the other team’s line, then he gets to choose one person to take back to his team. But if he doesn’t, then he has to join the other team. The point is for one team to have all the players by the end. If the game gets too long, you can just call “time” and count who has the most players.

How to play: One person is “it.” She has to chase all the other players and tag all of them. When a player is tagged, he has to freeze in place. The last player to be tagged becomes “it.” If desired, you can play with variations on the rules — for example, other players can unfreeze each other by crawling through their legs.

How to play: One person is Simon and gives the other players directives such as “Simon says, ‘Put your hand on your nose.'” If Simon gives a direction without saying “Simon says,” however, then the players aren’t supposed to do what is said. Whoever does anyway is out.