Anger is frightening emotion — and even more so when you’re confronting it in your child. But it’s healthy and normal to feel angry at times. And it’s critically important to teach your kids how to express their anger appropriately. 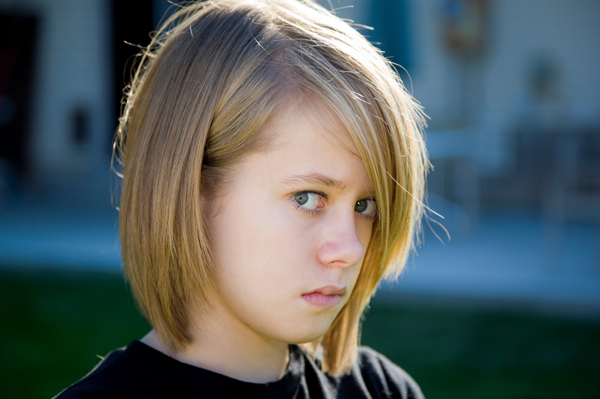 You’re in the car with your kids on the way to a basketball game and another car cuts you off. You open the mail in the kitchen and realize that you forgot to pay a credit card bill and your interest rate has just jumped to over 40 percent. The dentist calls to let you know your insurance won’t cover the appointment you just had, because it was three days shy of six months from your last appointment.

The potential to get angry is there, dozens of times every day. But how you react in those moments is up to you. And when your children are watching, they’re learning from your response. Are you teaching them the right lesson?

The primary way parents can help tweens learn to manage anger is by modeling, says Robert Puff, PhD, a clinical psychologist and the author of Anger Work: How To Express Your Anger and Still Be Kind. “What do they see you do?” he asks. “Do you express anger back? Or do you set healthy boundaries. Modeling is really key.”

You can’t avoid anger. It’s healthy and completely normal — for you and for your tween. But tweens — who are already in the throes of raging hormones, changing bodies and emotions, and questions of self-identity — don’t always know how to express their anger appropriately.

In fact, tweens often don’t understand their own anger at all. They can feel “overwhelmed because they don’t know what to do with the intensity of what they are feeling,” says Mary Jo Rapini, MEd, LPC, a psychotherapist who works regularly with tweens and adults. “Everything is a crisis, as their brain’s frontal cortex — the part of the brain that affords them the ability to systematically think problems out — is not fully developed.”

But despite what we might deem as an overreaction, “anger is a very real emotion, even if its intensity far outweighs its trigger, or even when kids are angry without knowing what precipitated the anger,” says Shulamis Pollak, PhD, who has worked with pre-teens, tweens, and teens in a variety of psychological settings. “The first step is allowing tweens to own that anger and not trying to convince them that the anger is silly, misplaced, or out of line,” she says.

In other words, although your instinct might be to forbid your children from being angry at parents, siblings, teachers, or others, “that attitude robs children of the experience of feeling and processing anger at someone you love, and parents lose the opportunity to teach their children how to deal with the full spectrum of human emotions,” says Dr. Pollak.

What is critical is to teach your tween is that anger should only be expressed “where it won’t hurt another person or yourself,” says Dr. Puff. Instead, he teaches anger work — hitting a punching bag, journaling, drawing, or a physical activity such as running.

Rapini points out that even non-physical actions taken in anger can cause pain, and she recommends that parents discourage texting, posting on Facebook, or tweeting while angry at someone.

Teach them about their choices

To help tweens process anger, Dr. Pollak suggests a choice circle. Start by writing the cause of the anger in a circle in the middle of the page. Then draw another circle around the core circle, and divide it into fourths, and let your tween brainstorm four potential choices for a response to their anger. Draw a final circle around the brainstorming circle, and sit down with your tween to discuss one positive and one negative outcome for each of those choices.

“An exercise like this teaches tweens to separate how they feel from how they will react and shows them that they can always choose how to deal with feelings, even difficult feelings like anger,” she says.

16 hrs ago
by Jennifer Mattern