Recently your tween has been dropping not so subtle hints abut her plans to get inked on her 16th birthday. You’ve also heard her not so secretly plotting with her friends to dye their hair pink and get matching tongue piercings. As an adult, and a mother who has never considered defacing their body in such a permanent way, you’re literally beside yourself with anguish. And while you’d love to thwart her plans with statements like, “You’ll get a tattoo over my dead body,” you know those threats can only take you so far. So what’s a mom to do? 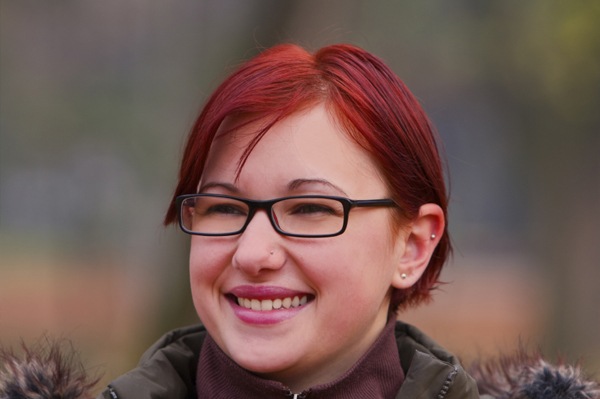 “MacKenzie has always wanted to be a rock star, starting with her hair. She has begged us to dye her brown locks blonde, blue and hot red,” says Cleary, who noted that it got especially hard to stave off her requests once her best friend got a piercing in her nose. “So we finally gave her the hot-fuscia highlights of her wildest dreams and, as she caught sight of her reflection at the salon, I saw a smile that’s been hiding since she entered tweenhood. I can see it in her posture, she’s holding her head high, flitzing her hair, proud of fulfilling her fantasy. I think she’s even practicing piano more too!”

According to Sarah Burningham whose book, How to Raise Your Parents: A Teen Girl’s Survival Guide says that when it comes to self-expression, it’s important for a teen to have some freedom. The teen years are a time when teens are developing their personality and learning how to negotiate the world. They want to be seen as individuals which mean they want to be different, even if it’s just different from their parents.

“Even teenagers who get along well with their parents need to break free and find their own footing. Often times, visual differences – like hair dye, piercings, and tattoos – seem like a good way to say to the world I am my own person,’ ” says Burningham. “For teens, style and looks are an easy way to show that they’re different.”

Burningham believes parents should give independence as it’s earned. One mom she interviewed said that she viewed trust like a bank account and when the account was full, her teen had more freedom. She says this is a great example of the give and take between freedom and independence and it’s something teens understand. So, if you trust your teen and she wants to add some highlights, consider this: Are highlights really worth a fight? The answer will be different for every family.

“Of course a lot of parents I’ve interviewed are having a tough time dealing with the nose piercings and belly button rings since these are permanent,” says Burningham. “That said there’s a difference between a facial piercing and a not-often-seen navel piercing. Every family will have different rules, which means every conversation will be different, but you will definitely help yourself and your teenager if you think about what the rules are, and discuss them, before the question comes up out of the blue.”

Compromising with your teen

Ellen Rittberg, parenting expert and author of the new book 35 Things Your Teen Won’t Tell You, So I Will believes the key to good parenting is not only being reasonable, but being shrewd in trying to obtain your objectives,  which are to prevent your teenager from doing things that are going to permanently and irretrievably affect their social prospects, career advancements or overall future well-being.

“Parents should encourage their teens to express themselves in ways that don’t pose a risk to their health or result in permanent body changes which they will likely regret down the line,” says Rittberg who believes makeup, a new hair cut or style has great transformative powers and teens can easily create a new look by shopping their own wardrobe and mixing articles of clothing, colors and accessories. “But if you’re a parent of a teen who pines for more permanent additions such as tattoos, body piercings and hair dye as a means of expressing herself, then you should consider the safer and less enduring alternatives to such things.”

Next page: Parent-approved alternatives to piercings, tattoos and hair dyes