With the near constant media coverage of national politics, many people have one of two reactions: visceral aversion that results in shutting off the television and ignoring the newspapers and news websites, or near total capture of attention that results in near constant talk about politics and involvement in those politics at a local level. No matter which side of the response you fall on, what do you do if your child falls into the latter, and wants to get involved in some bigger level? 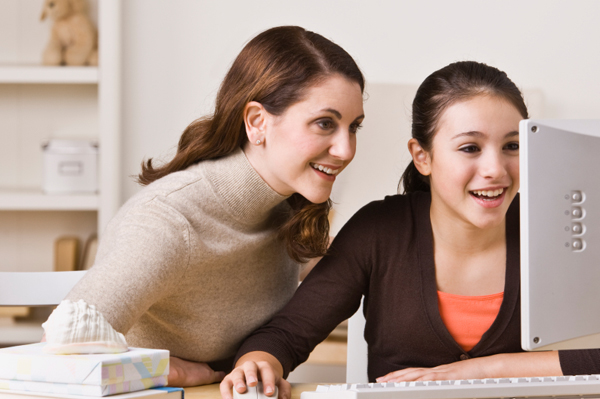 Some kids are political animals. From student government elections, to local political issues to state-wide topics, some kids – and some kids as young as 9 or 10! – really are interested in this kind of thing and want to be involved. Even if you aren’t that into the political scene, there are ways that you can guide and oversee your child’s participation in large scale politics so that you both can feel a sense of satisfaction and learn much along the way.

It can seem a daunting task, this getting involved in the national political dialogue. So many voices and so many points of view. You and your child can start by doing some research into whatever political topic has captured your child’s interest, whether it’s a cause or a candidate. The Internet is a tremendous tool for this research, and most causes and candidates have websites at which you can learn about ways to participate at a local level.

But don’t just go to the organization’s website to learn about the issue or person. Research the same information through repuatable news organizations, too. Make sure this issue or person your child thinks he or she supports really IS all they are cracked up to be. “Official” websites tend to spin only the positive, but you need to know the whole story.

National political organizations typically are made up of lots of small offices across the country, and the organization website should be able to direct you and your child to the local officials. Then an email or a phone call later, you can learn about the ways in which an interested and informed kid can help, whether volunteering in the offices stuffing envelopes, going door-to-door with other volunteers, or even helping older staff understand the increasing benefits of social media in campaigning.

At every step along the way, you as a parent need to feel comfortable with your child’s involvement. If your child is younger, this may well be a time commitment for you, too. No matter the age of your child, you do need to be on alert that the environment is an appropriate one for your child. If the tone or actions of organization staff ever crosses a line for you, you are still the parent and get to take you child out of the situation. You child may be disappointed, but as a parent, this level of oversight comes first; teaching the coming generations about appropriate political dialogue is one of our responsibilities as parents.

Win or lose, politics is a process and learning about all that goes into a cause or a candidate is eye-opening on many levels. No matter what the end result, putting forth the effort and being involved in the political process is a win. Your child may or may not participate on that level again, but the effort should be acknowledged and affirmed. ?

More on kids and politics: