Every two years, since the early 1990s, the Center for Disease Control has made available surveys that track risky behaviors by youths. While participation is optional at the state, local and personal level, the results are nonetheless interesting – if not startling. In addition to tracking what could be considered expected risky behaviors (drug and alcohol use and sexual activity), the survey tracks other behaviors, too – including behaviors that lead to unintentional injury. And the number of questions related to such behaviors seems to increase each time the survey is given. 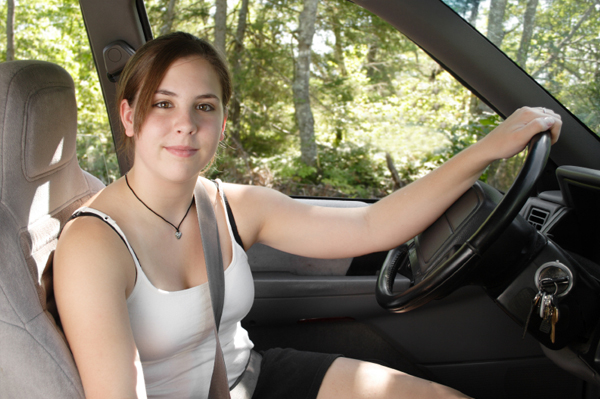 Are behaviors that contribute to unintentional injury really “risky” behaviors? Definitely. We’re talking about things like wearing a helmet when riding a bicycle and wearing a seat belt in a car –
or riding in a car with drivers who are engaging in other risky behaviors. These are all situations where risk can be reduced (if not eliminated) by what seem like simple choices. Simple to us, as
adults, that is. To adolescents whose decision making centers in their brains are not fully developed, however, it’s not so simple. It’s not a “no-brainer” to them. Add in the classic teenage
point-of-view of invincibility and you may have a real challenge on your hands.

Use of safety equipment

It may seem inconceivable to us that our children would even consider not putting on the seatbelt or bicycle helmet. Even if we have been consistent and firm (if not rigid) about using such safety
equipment through their whole lives, there comes a time when you simply cannot control every action of your child – and especially when that child is out of your sight. You may think your child
“knows” how you feel about it and would never not use that seatbelt, but when did you last confirm that he or she is consistently using it? When did you last ask if he’s using a seatbelt when he
rides with his friends, or that she is using her bicycle helmet properly?

Reminding a child – even a big, almost grown up child – about using these simple safety devices doesn’t have to be nagging. It does have to happen consistently, though, and with love. Whether you
bring out statistics or say, “Do it for me, so I don’t have to nag,” reminding kids about the simple ways to avoid unintentional injury is an on-going parental task.

Along with the use (or non-use) of safety equipment, kids are far more distracted by devices these days – and that can also lead to risky behaviors. Whether it’s texting a friend or adjusting the
MP3 player (while chewing gum and walking!), your child is multi-tasking in ways we never did. And yes, your child needs to be reminded that texting while trying to cross a street – even if it’s
with a light and in a crosswalk! – is not a safe behavior.

Again, it may seem like a no-brainer to us, but while your child’s decision making center is still in development, each of the reminders we give contributes to the development of that decision
making ability.

Going along for the ride

After all that reminding, are you in the clear on this kind of risky behavior? Nope. Risky behaviors that contribute to unintentional injury also encompasses “going along for the ride” whether that
is literally riding in cars with friends engaging in risky behaviors or just going along with other behaviors. This may be the behavior that is hardest for you and your child to navigate.

It’s hard to stand up to friends and say “No, I’m not going along with that.” It’s hard as adults with all our social experience! Try to remember that it’s hard for kids trying to fit in and figure
out their place in the world – but “hard” doesn’t mean it’s okay to give in, to not say no. This topic may make for some careful negotiation and creative problem-solving for you and your teen to
find a strategy to help him or her to say no when appropriate and stay safe, but it’s well worth the effort.

While the risky behaviors survey has shown improvement in these areas over the last decade, there is still more progress to be made. Whether they want to hear it or not, remind your kids that they
are not invincible and we can all make choices on a daily basis that reduce our risks – and increase the possibility of becoming adults to one day pester their own risky behaving teenager.

15 hrs ago
by Raven Snook

15 hrs ago
by Eugenia Miranda Richman