A recent study in Sweden revealed that teens who are physically fit score higher on intelligence tests. Could there be a better reason to get them off the couch? Find out more on this study and get tips to get your teen moving. 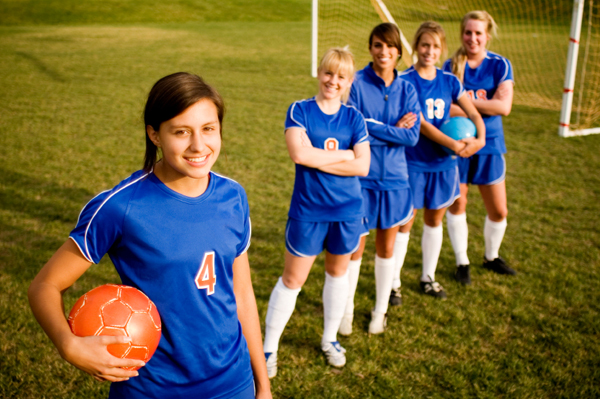 There are so many tidbits of wisdom we pass along to our kids. Get a good night’s sleep so you do well in school (sleep does help you concentrate). Eat your vegetables so you grow big and strong
(the nutrients in the veggies are very good for your body). Look both ways before crossing the street (that’s a no brainer).

But exercise so you can be smarter? That’s a new one. But according to a new study, teens who are fit score better on intelligence tests.

the link between physical fitness and iq

Researchers looked at young Swedish men born between 1950 and 1976, who underwent physical fitness and intelligence assessments when they turned 18 (a requirement for enlisting in military service
there). In all, the records of 1.2 million teen boys were looked at. Researchers found a strong connection between how a boy performed on a stationary bicycle and their intelligence test score,
however muscle strength itself didn’t show a concrete connection. So what was it? Cardiovascular health. “Being fit means that you also have good heart and lung capacity and that your brain gets
plenty of oxygen,” explains study coauthor Dr. Michael Nilsson from the University of Gothenburg in a release from the U.S. National Institutes of Health. “This may be one of the reasons why we can
see a clear link with fitness, but not with muscular strength.”

Some other interesting elements of the study? Teens who were physically fit at 18 were more likely to get a college degree, land a better job and earn more.

The study was conducted by researchers from several universities including the University of Gothenburg and the Karolinska Institute in Sweden and was published in a recent edition of the
Proceedings of the National Academy of Sciences. Researchers looked at other factors – genetics, environment, etc – to get a full picture of their findings as well.

The findings of the study really underscore the importance of physical fitness for teens — and kids. After all, it’s hard to motivate a teen who had an inactive childhood.

Some teens are already on the move like Sherry Knecht’s 13-year-old daughter, Elijah, who figure skates at Big Bear Ice Arena in Colorado. “She began taking lessons a couple of years ago, and she
rose through the ranks fairly quickly because she was quite determined. She has reached the level of being a competitive skater,” says Knecht. Unfortunately, Elijah had to take a break from the
competitive circuit due to finances, but she’s been helping with children’s classes at the arena in the meantime. “As it happens, my husband is starting a new position and Elijah will probably
resume her coaching/competition work now. She just loves it. And it definitely keeps her in great shape!”

Another teen on the move is 18-year-old Jackelyn Ho, who became a certified Turbo Kickboxing instructor last March. “I love fitness and it’s pretty much become a lifestyle for me. I’ve been active
since I was 3 years old – playing tennis, doing gymnastics, running, tap dancing, and ballet dancing,” says Ho.

Next page: Tips to get your kids off the couch