This year’s Olympians are descending on Vancouver, Canada, in preparation for the 2010 Winter Olympics, which opens on Friday, Feb. 12. Among Team USA this year are many dads and a few moms who will be competing in competitions from bobsledding to figure skating. Who are they? 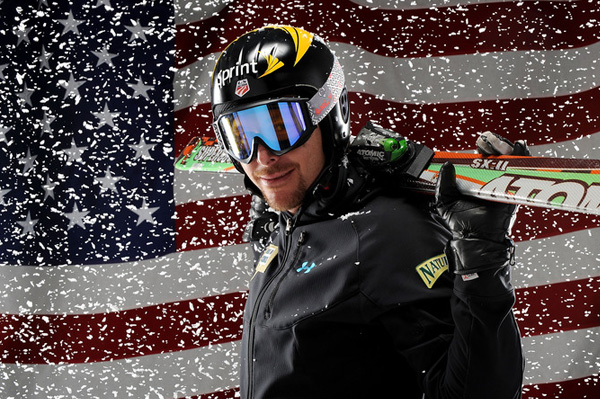 Is your family getting into the Olympic spirit? With the 2010 Olympics beginning today, the coverage of the international sporting competition is kicking into high gear. People across the U.S. will be able to tune in to see American Olympians competing in favorite winter sports like skiing, snowboardcross and skating. Among those tuning in will be some very special younger viewers: the children of some of this year’s Team USA members.

So, where do the children of Olympic athletes watch from? Some stay home or with family members — like Holden Ladwig, the five-month-old son of pairs figure skater Mark Ladwig. Holden will be staying with his grandparents while Mark’s wife, Janet, travels to Vancouver for the games.

Others, like Lasse Schleper, the son of alpine skier Sarah Schleper, will travel with his parents to the games for a first-hand view of the international competition.

There are quite a few dads traveling to Vancouver this winter to compete in the 2010 Winter Olympics. Here are some to watch.

Sport: Snowboardcross
It’s only the second time ever that snowboardcross (affectionately known as SBX) will be an Olympic sport. Among this year’s U.S. competitors is 28-year-old Nick Baumgartner (pictured, right) from Michigan. He is dad to a son, Landon.

Sport: Bobsledding
Bobsledding is a team sport where competitors ride a special sled down a course, competing for the best time. Competing this year is Chuck Berkeley, a California dad with two daughters, Amaya and Jasenia.

Sport: Figure Skating – Pairs
Figure skating is a favorite Winter Olympics sport for many people. Among those competing this year is 29-year-old Mark Ladwig of Florida, who skates with Amanda Evora. He is dad to an infant son, Holden.

Sport: Speedskating
Speed is (literally) the name of the game in speedskating. New dad Chad Hedrick will be racing for Olympic glory (he won Gold, Silver and Bronze at the 2006 Winter Olympics!) in Vancouver. He has a daughter, Hadley.

Sport: Alpine skiing
Bode Miller’s skiing in the 2006 Winter Olympics was pretty forgettable, but after taking charge of his career and life, he seems to be on the right path now. Sure, this 32-year-old alpine skier (pictured, right) isn’t expected to win, but it wouldn’t be the first time that he surprised everyone. Miller has a daughter who will turn two this month.

Sport: Freestyle Skiing – Skicross
Like thrilling sports? Being moguls and aerials, freestyle skiing takes this traditional winter sport to a whole new level. Casey Puckett, a 37-year-old Colorado native, will be competing for the U.S. this year. He has two daughters, Riley and Annalisa.

Sport: Ice Hockey
During the Olympics this year, 36-year-old Brian Rafalski (pictured) will trade in his Detroit Red Wings jersey for a Team U.S.A. one. This pro-hockey player has two kids.

Sport: Cross Country Skiing
Cross country skiing is a physically demanding race-style competition. James Southam of Alaska will be competing in this event for the U.S. this year in Vancouver. He has one daughter, Hazel.

Next page: Amazing Olympic moms of the Winter Olympics