Theater (or theatre, if you prefer) isn’t just for adults. There are many great musicals on Broadway and on tour that are perfect for kids. Check out our pick of the top five theater productions which are based on familiar films and books. 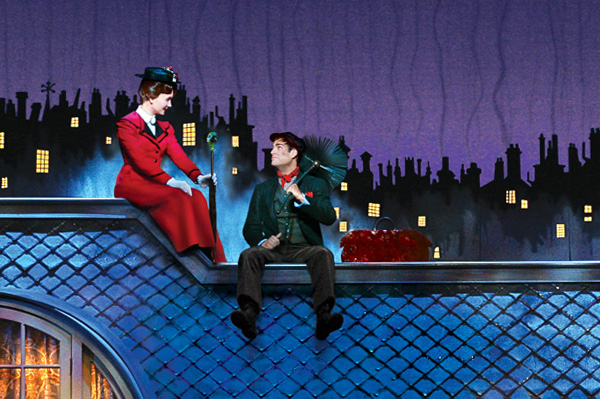 Shows. Musicals. Plays. Productions. Whatever you call it, theater is a great experience for people of all ages. There is something absolutely dazzling about sitting in a packed theater as the
lights dim, the curtains open and the overture begins. Why not introduce your kids to the excitement of live theater?

These productions are perfect for theater-goers of all ages. Based on familiar stories and films, they are a great way to introduce kids to the magic of musical theater.

Whether you call it the theater district, the Great White Way or just plain Broadway, New York’s theater scene is thriving and filled with wonderful musicals for all ages. These shows are perfect
for the younger set.

But why see a show on Broadway? It’s an experience like none other, and you are practically guaranteed to see a wonderful show. When a show makes it to Broadway, it usually means that it’s been
tested out at a smaller stage somewhere else and audiences have been impressed. And when a show wins Tony Awards, like these shows have, you know you are in for a good production.

Mary Poppins is the story of a nanny who can make amazing and magical things happen. When she meets the Banks children, she sweeps them off their feet, taking them on adventures that allow them to
experience life in a whole new way. Based on the
books by P.L. Travers, the story was adapted into a film in 1964 and is now also a musical on Broadway. It won a Tony Award for Best Scenic Design when it opened in 2006, and it remains one of
the top-ten grossing productions on Broadway. The show is at the New Amsterdam Theater and is known for its spectacular sets, familiar songs and oh-so-fun dance sequences. Check out one of those
dance numbers, called Step in Time, on YouTube for a preview.

The Lion King is the story of Simba, a lion cub born to King Mufasa, who rules over all the animals in The Pride Land. Mufasa’s brother, Scar, is jealous and wants to rule himself, so he tricks
Simba into taking his father into dangerous situations where he is eventually killed. Scar lets Simba believe that he has caused his father’s death, leading Simba – who would be king – to run away
into a self-imposed exile. Years later, Simba encounters his childhood friend Nala and discovers that The Pride Lands are in trouble under his uncle’s rule. It’s up to Simba to make things right.
Based on the 1994 Disney movie, The Lion King’s Broadway production is a Tony Award-winning live performance of the animated movie with elaborate costumes and sets. It’s playing at the Minskoff
Theatre in New York and is the ninth longest running show. Grab a sneak peek of the musical on YouTube.

If you only know her as The Wicked Witch of the West, then you don’t know the whole story of the green witch named Elphaba. Born with a bizarre allergy to water and green skin, Elphaba never had an
easy time in her life. However, she made the most of her life, even falling in love and making friendships. Wicked is the backstory on her life before the little brat from Kansas dropped in,
killing Elphaba’s only sister. The story is based on Gregory Maguire’s book, Wicked: The Life and Times of the Wicked Witch of the West.
Playing at the Gershwin Theater, this Broadway musical has broken records and won Tony Awards. You can check out a Today Show clip of the cast of Wicked performing one of their songs on
YouTube.

Don’t worry if you don’t live near New York. Great productions can be found in nearly every major city – including some Broadway successes. Once a show does well on Broadway, the production often
goes on tour to other cities so you can have the Broadway experience closer to home. Here are two that are on tour right now and delighting audiences everywhere.

Little Orphan Annie is a wise-for-her-years little girl who lives in an orphanage. When rich Daddy Warbucks decides to take in an orphan for a short time as a publicity stunt, Annie and her dog,
Sandy, are the lucky chosen ones. Sure, Oliver Warbucks wanted a boy, but cute little Annie wins him over.

Find out more about the touring play, buying tickets and see videos at the show’s website.

101 Dalmatians is the story of two dalmatian parents whose pups go missing when the evil Cruella De Vil has them dognapped. Her nefarious plan is to skin them and all the other dalmatians she’s had
nabbed and turn them into a coat. However, pup’s parents won’t let that happen. This story is based on the 1957 book by Dodie Smith.

Find out more about the touring show, tickets and check out videos at the show’s website.