My daughter-in-law has come up with all these wacko rules regarding my grandson. I must vacuum my home twice prior to his arrival, he is not allowed carbs after 6:00 p.m., and no sweets — ever. What the heck is this all about? She talks to me like I’ve never done this before. (Does she not realize that my son, a.k.a. her husband, turned out just fine?) Help me cope before I kidnap my grandson. 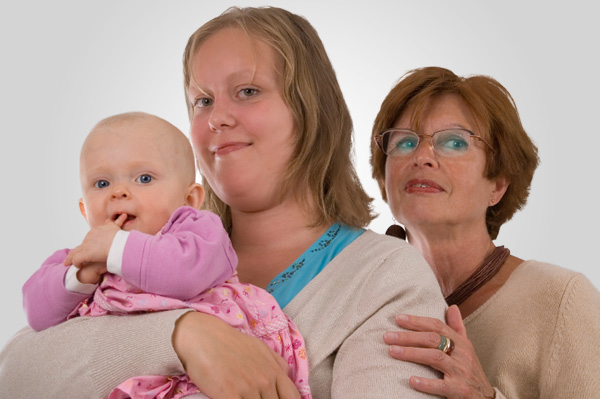 Well, now — I’ll just bet you never had wacko rules your children’s grandparents had to comply with, eh?

Truth be told, each generation of parents has to deal with more insecurity-generating information than the one before it. Parents these days are inundated with advice, and I’ve yet to work with a
mom or dad who didn’t struggle to untangle the truth from the unimportant. I suspect your grandson’s mother is in the midst of trying to do best by her son — just like you did.

Most of the time, a very rigid parent is either fueled by her own sense of confusion or she’s feeling powerless about a problem she’s having. If instead of questioning her rules you let her know
you’re willing to do what she needs, she may feel comfortable opening up to you with the problem she’s trying to avoid. As long as you’re copping an attitude about vacuuming twice and hiding the
sweets, she’s going to approach you with suspicion. (Rolling your eyes probably isn’t helping …)

Move into a non-adversarial position. Ask yourself these questions: Why is my daughter-in-law concerned about the vacuuming? Does my grandson suddenly have allergies? Is she worried about a lingering
cough or problems he’s having with sleep that she believes — rightly or wrongly — may be affected by dust and pollen?

And why might she be worried about carbs and sweets? Whether you agree or not, there’s a lot of evidence suggesting that some children who have problems with impulse control, focus and/or
restlessness may benefit greatly from a cleaned-up diet. Considering the reasons behind your daughter-in-law’s rules may help quell your reactions.
But more important, are you willing to take a look at what you’ve made her dictums mean? It sounds like you’ve taken her rules and run with them. Your comment, ‘She talks to me like I’ve
never done this before,’ speaks volumes. My dear, you and only you are giving life to this notion. How did you get from hearing ‘No sweets at all, no carbs after 6:00 p.m.’ to ‘She thinks I’m
incapable of taking care of a child’?

My advice to you

Take her comments at face value, don’t make them mean something they don’t mean, and send a little tenderness in your daughter-in-law’s direction as she sorts out the best way to parent her child.
Sure, you’ve done it before, but you’ve never raised that boy in this society with these concerns and influences … And you’ve never been your daughter-in-law, with her own beliefs, insecurities
and ideas about what’s best for her boy. So find your heart, give them both a big hug when they show up at your door, and go along with her requests. Most of all, enjoy that fabulous grandson of
yours!

100 things you can teach your grandchild

30 essentials every grandparent should have

8 fun activities for after dinner