C’mon, you’ve done it. You’ve stubbed your toe or become angry at something and words of frustration have spewed from your mouth. Whether it was “Cheese and crackers!” or something a little more, um, explicit, you are using words to express a very strong emotion. Call it cursing, cussing, swearing, or whatever – and whether the words you use are specifically profane or not, it’s a behavior your kids likely learn from you. 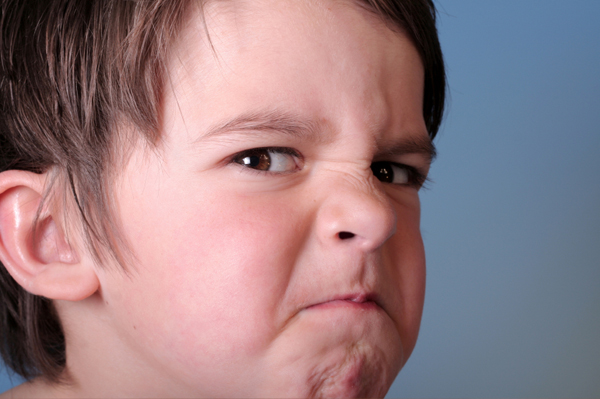 While using words to express emotion is preferable most physical reactions, it’s the kind of language response that can be an issue. As your kids get older, and often in the teen year, cursing with
the more profane words may become more of an issue. Even if you’ve never uttered an explicit swear word in your life, kids often rebel in this area. With their friends, out of your earshot, words
are used – some you know and some you don’t. While many kids understand and are careful to never utter such words in front of parents or authority figures, sometimes words slip out. When that
happens, what do you do?

Are you being hypocritical?

If you curse, and you curse in front of the kids, you need to consider that telling your child not to use such words can seem hypocritical. If you clean up your language, then you can ask your
child to clean up theirs.

Sometimes kids (especially younger kids) use words just because they heard them used and have no idea what they mean. Sometimes an age-appropriate explanation is all it takes to get a kid to stop
saying them.

Why do people curse? To express strong emotions, of course. Look at the situation and the emotions being expressed, by both you and your child. Do the words match the emotions? Is there another way
to express the emotion? And are you reacting to the underlying emotions or to the words?

You likely need to address two issues: the underlying emotions or issue AND the curse words. The underlying issue needs to be addressed first. What caused the emotion and can it be resolved?

Then it’s time to talk about the words used. Certain foul language is just that, foul, and does not have to be tolerated. Your child has strong emotions, yes, but certain words go too far and make
things worse. The focus becomes the words used not the issue needing communication. Talking with your child about how to communicate effectively without resorting to such words is important for
both of you. And communicating this calmly without resorting to any kind of swear words yourself is important, too.

You can’t absolutely control your older child’s speech, especially when away from you, but you can communicate why it’s important to you that they learn to communicate appropriately and without
profanity. You can acknowledge that standards are different among friends while declaring that certain words are definitely off-limits among family and family friends, and in most public
situations. It’s a lesson you likely had to learn, too.

If appropriate, discuss what words or expressions that would be okay with you to express frustration in situations such as that stubbed toe or other scenario – words that are less likely to get the
focus and more likely to focus on the emotion.

Most kids experiment with cursing or swears of some kind at some point. It’s all a matter of appropriate communication – about what, why, and how. With some role-modeling thrown in.

27 mins ago
by Ellen Niz