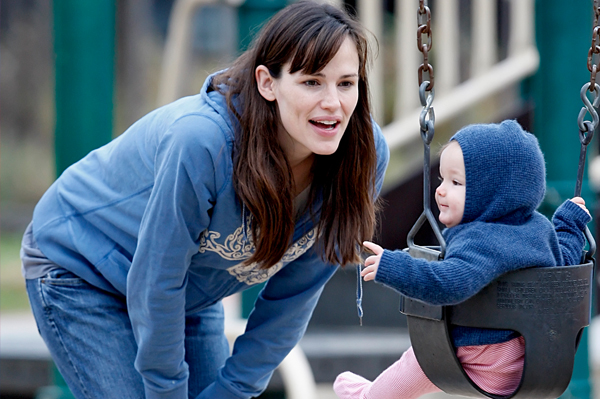 Ever feel like everyone in the world is pregnant? If you are a celebrity watcher, then 2009 may have felt a lot like that as so many stars had babies. And with celebrity births comes …
celebrity baby names (cue spooky music!)

Gwyneth Paltrow, Nicholas Cage and Frank Zappa are among the many celebs with unique and unusual names for their kids. And while sometimes unique is good, other times it’s decidedly not (Tea Leoni and David Duchovny, we’re looking at you!).

The best celebrity baby names OF 2009

This is a strong baby boy name was given to Kourtney Kardasian and boyfriend Scott Disick’s first son, born on December 15. It means bricklayer. We love that it’s an
uncommon (but not out of left field) first name, with an unusual middle name. ‘Cuz seriously, the middle name is seldom used anyway.

This Latin first name means fiery ones, and it has a beautiful flow. We love the double middle name too. Who does this name belong to? Jennifer Garner and Ben
Affleck’s second baby (pictured, above), a girl born in January.

Sure, these are pretty popular names, but what makes this baby boy’s name special is that he was named for his dad. How often do you see that in Hollywood? It’s classic and sweet. David Daniel is
the first son of Jennifer Hudson and her fiance David Otunga.

Roman and Adele aren’t names you hear everyday, but they aren’t obscure either. We love the pairing of the short first name with the longer (yet still classic) middle names. These babies were born
to Molly Ringwald and her husband Panio Gianopoulosin July, bringing their kid-total to three.

Mixing great first names with family middle names is a great way to go. That’s what Cat Cora and her wife, Jennifer, did this year with their boys. Each woman gave birth to one of
the babies. Thatcher arrived in April to Jennifer and Nash was born in July to Cat. The couple has four kids.

Nothing beats an elegant name and Helena Grace is just that. The first name is Greek, meaning torch or basket. Gossip Girl star Kelly Rutherford, who
plays a mom of teenagers, named her daughter this in June.

This name reminds us a bit of the Wild West — in a very good way. We love the masculinity of this name, given to the new son of Idina Menzel and hottie Taye Diggs. He was born in
September.

When Michelle and Jim Bob Duggar decided to go with all ‘J’ names for their children, they really made a big commitment. We love Josie Brooklyn’s sweet name, and it’s nod to New
York. She is baby number 19 for them, and was born several months premature.

Find out the “J” names of all 19 Duggar children here!

How could you not love the French name Ciel (pronounced Seal), which means heavenly. This baby girl was born to model Niki Taylor and husband Burney
Lamar, a NASCAR driver, on March 4.

There is something just adorable about this name combination. It’s different and classic, all in one nice package. This baby girl was born to Bachelorette-success story Trista and Ryan
Sutter in April.

While we might not be sweet on the cheating Tiger Woods, we do love this name that he and wife Elin Nordegren gave to their baby son in February. Axel adds a nice
rocker touch to an otherwise traditional name.

Do you love traditional baby names? Check out our list of classic baby names here!

Unique, but not obscure, this baby boy is the sixth child for Kevin Costner and his second with girlfriend Christine Baumgartner. We like that it’s short and sweet. Get more short baby names here!

Next page: The worst celebrity baby names of 2009