It’s a classic stereotype of decades past: The parent neither liking nor understanding the kids’ preferred music. The parent cries, “Turn down that crazy rock and roll music!” Meanwhile, the kid muses, “When I’m a parent, I will be different. I’m going to like my kids’ music.” 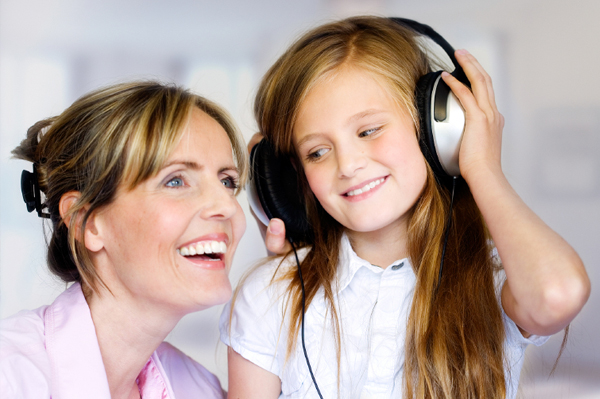 The musical generation gap has narrowed in recent years, but it does remain to a certain extent. You may still bop around the house to the top 40, have a deep appreciation for indie rock, or even
still love to blare your favorite punk or metal bands — but kids still need to rebel on some level, and music has always seemed to be a great way to do so.

My mother was not of the rock-and-roll generation. She grew up on big band, and more seriously, classical music. My mother had (and has) great musical taste overall, but she does not now nor has
she ever liked any of the music that I like. It was the same between her and my grandmother. My grandmother liked instrumental music and the odd early 20th-century crooner; my teenage mom wanted to
go to rock-and-roll dances.

So it’s not surprising that, even though I like some pretty cool music (if I do say so myself) — and have raised my kids on it! — my kids (especially the oldest) have developed a fondness for
genres I’ve never particularly liked: Rap and R&B. There’s absolutely nothing wrong with that; I just don’t particularly like it myself. And sure enough, I find myself thinking, “I wish they’d
turn down that awful music.” Alas, I have become my mother.

Rather than straight-out reject what I have not liked in the past, however, I’ve considered it a personal challenge to open myself to some of the music my son is listening to. In the car, when he
sits in the passenger seat, I let him have control over the radio. He flips the dial, finds his preferred station — and even if my reaction is, “Ugh,” I leave it. Then I ask questions. I do no ask
why he likes it (it really doesn’t matter), but I do ask who it is, what else this artist has done, and things like that. My son often has some interesting musical trivia to share.

Occasionally, a song comes on that I think is not so bad, something that I almost like. While I probably won’t change my musical preferences overall, this does make the whole musical generational
thing somewhat more tolerable. While my son doesn’t necessarily want to hear that I like his music, I think he appreciates that I am not instantly negative.

This musical generation gap is part of time’s passing; it has happened to generations before us, and it will happen to generations after us. We have a choice in the matter, however. We can reject
outright what our children embrace, thus further widening the generation gap, or we can open our ears and try to understand a little more. This is one more level of parent-child conflict in which
you can choose not to engage. Choose to listen! Choose to give it a chance, just like you wished your parents would have.

More of our Monday Mom series: