When Pat Burns wants to catch up with her 15-year-old grandson, Dylan, she logs on to his MySpace page. Within seconds, she’s browsing his profile, checking out new photos he’s posted — oh, and scanning comments his buddies left about video games and cute girls. 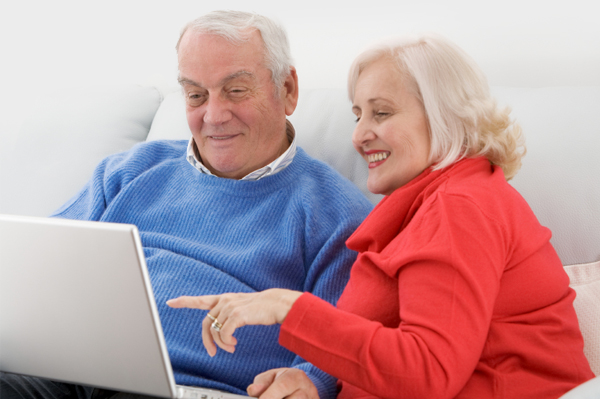 “At any moment, I can go online and see what’s going on in my grandson’s life,” says Burns, who authored Grandparents Rock: The Grandparenting Guide for the Rock-N-Roll Generation (Morgan James Publishing, 2007). “We live far apart from one other, but I’m not removed from his world. I love knowing what’s up in that little head of his.”

Not quite. The info Dylan’s posted is fair game for the estimated 700 million people online worldwide to peruse. And Burns is just one of many tech-savvy grandparents eschewing mundane phone calls and monthly visits, to connect with grandchildren more frequently by sending them messages online.

If you want to see more of your grandchildren, social networks are simply the place to go: Some 55 percent of teenagers nationwide host pages on social-networking sites, reports the Pew Internet and American Life Project.

Still, while many grandparents have warmed up to social-networking sites, others remain skeptical — and baffled by the amount of personal information kids expose online. Says grandmother Eve Hershkowitz from Upper Saddle River, New Jersey, “Stories and photos that seem cute or funny now may be embarrassing and damaging to my grandchildren down the line. What’s the big benefit to letting the world know so much about you?”

Rachel Chang, entertainment editor at CosmoGIRL! magazine, whose core readership comprises MySpace- and Facebook-addicted young girls, says that’s just what teens love about these social sites: There, they can show the world who they really are… On their own terms.

“Teens have full control over their pages and can constantly update them. They love adding photos, changing favorite movies, and posting new messages to friends,” says Chang. “Plus, they can see what their friends are doing every moment, which makes them feel more connected.”

To the relief of grandparents and parents concerned about safety (have you watched Dateline NBC lately?), the aforementioned Pew study also shows that 66 percent of the 935 youths ages 12 to 17 surveyed set their profiles to private, making them visible only to viewers previously approved by the child as friends. In October, Facebook, which boasts 58 million all-ages users, barred children younger than 13 from the site.

In May, MySpace, which has 70 million users, launched a database that checks to see if members are listed on sex-offender registries. And recently, MySpace signed an agreement with 49 states (Texas refrained from signing) and the District of Columbia to form a task force whose main objective will be to develop safety enhancement tools that verify the registered ages and identities of social-networking site users.

Does all this gallivanting online disconnect your grandchild from the outside world? Not at all, says Chang. ‘These sites give teens the ability to express themselves and relate to their friends in a way they may not be able to in real life. But they’re no substitute for social interaction,’ she says. ‘Teens will always hang out at the mall after school. That’s just not the only way to socialize anymore.’ So, missing your grandchild? Go ahead, search out his MySpace or Facebook page. We know you’re curious!

Do you communicate with your grandchildren via social media like Facebook or MySpace? Tell us about it!

Rehab Nation
Emo Who?
Could Your Grandchild Have an Eating Disorder?

6 hrs ago
by Debbie Feit