You’ve probably heard someone say at some point, “Parenting is not for sissies.” So very true! Whether it’s the demands of any given day or a particular issue, all of us have said, “I never thought it would be like this!” at one time or another. It’s hard enough when it is what it is. But what do you do when someone — whether a family member or a total stranger — criticizes your parenting? 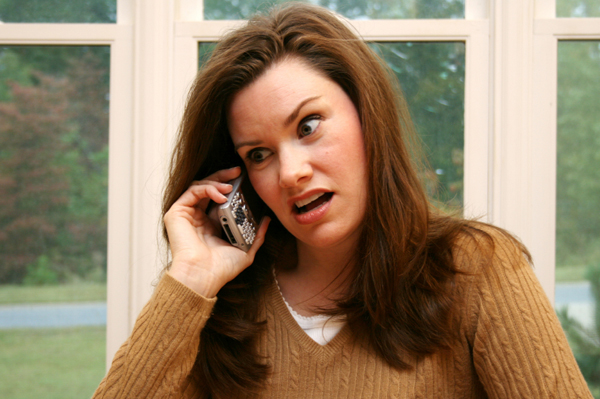 I recently had to dole out some tough discipline to my teenager. It was no fun for either of us, but it was necessary, and my son and I continue to work through the issue. What really threw me,
though, was when a nephew in his early 20s who’d heard about the issue via text message from my son called me to criticize my parenting. I’m not kidding.

After getting over the shock — and having a long talk with that very loved family member about why his interference and criticism was inappropriate and off-base on so many levels, I got to
thinking about how often we parents endure criticism, from both known and unknown sources. (And how there’s a reason 22-year-olds don’t have teenagers to parent!) Sometimes, the criticism
is valid and worthy of further thought — but so often it is not.

In any criticism situation, you must consider the source. If the person criticizing you is a stranger, feel free to dismiss the comments outright. That person has no business butting in, and the
comment likely is more a statement on their personal issues than your parenting.

If the person is closer to you than that, though, you have a finer line to walk. Again, the situation may not really be anyone else’s business, but you may have to consider a friend or family
dynamic before you respond. And you may even need to consider that the comments came out of real concern and love.

Criticisms can take many forms, from subtle to overt. Very subtle criticism may take a while to sink in; you may not realize immediately that you have been criticized. But overt criticism (such as,
“You really shouldn’t do that”) tend to get the biggest, quickest reactions. Depending on the issue, my confidence with it, and the approach taken by the other person, I’ve responded to criticisms
in a broad variety of ways — from, “Who the heck do you think you are!” to, “Huh. Maybe you have a point.”

Do a personal double-check

While dismissing outright any criticism at all might be easy (which is often very appropriate), a quick double-check of your personal approach to parenting and discipline never hurts. Did you meet
your own criteria? Were you already feeling unsure about how this or that was going with your child? Do you feel the need for a little adjustment? We’re human, after all, and we make
mistakes. We’re all just learning this parenting thing as we go along.

Criticisms of your parenting can sting and often are totally inappropriate. Sometimes, though, they can open your eyes to a bigger issue. Don’t ever let criticism undermine your parenting, but do
take every situation as a learning opportunity — whether it’s about how you parent or how to shrug off inappropriate comments by others.

Tell us: How do you deal with parenting criticism? Comment below!

38 mins ago
by Alicia Kort