We all have different parenting styles. We all have our own strengths. And it’s nice when your partner’s strengths complement your own, because your children reap the benefits of a strong partnership. 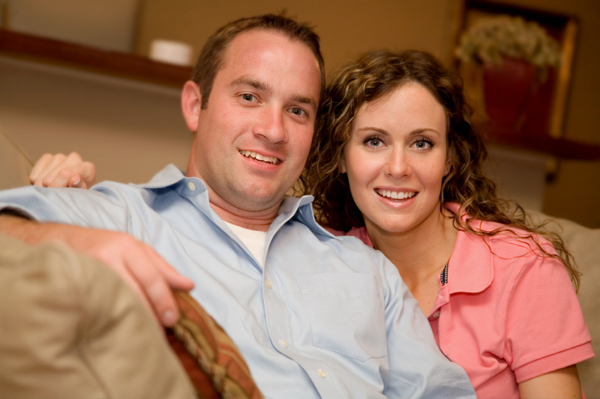 When the phone rings at 7:30 in the morning, I’m not expecting great news. When it’s my husband’s benefits manager calling to explain that my son’s speech therapy is being denied because our health
insurer won’t cover therapy for developmental delays, my instinct is to hang up the phone and go back to bed. Unfortunately, that’s not really an option.

We’re still in the middle of that quagmire when an email arrives from my daughter’s principal. My daughter is being accused of bullying another student. My heart drops, my pulse races. “What are we
going to do?” I wail, and my husband gives me a look.

To his credit, he does not actually ask, “Are you stupid?” but he’s probably thinking it. He reminds me to think about our children for a moment. We have two children who could conceivably bully
other, but the daughter in question is not one of them. A full year younger than everyone in her class, she is far less mature than her classmates, and one of the weaker personalities in her class.

My husband sends an email to the school, asking them to investigate further and talk to the students involved. All day long, I watch him as he deftly handles the insurer and the school. When a
representative sarcastically tells my husband that he could simply go back and deny all of our speech therapy claims retroactively — that is, for the past three years — he still doesn’t lose his
cool.

When our daughter arrives home, he asks her what happened. She explains the game she and her friends play — admittedly, not a great game, one that involves servants and queens — and cries as she
tells us the principal told her she would be suspended if she did it again. This child is in the fourth grade. Although I am at a loss for what to do next, my husband is not. He reassures our
daughter, calls the other family, verifies the story — and the fact that the girls are friends — and starts making dinner.

An email arrives from the principal, telling us that our daughter is at risk of suspension if she bullies again, and this is the only time I see my husband quietly furious. Jaw clenched, he sends
an email back, letting the principal know that he — unlike her –talked to the other family, that this was a game, that the girls are friends, that threatening to suspend a child does nothing to
educate that child, and that he wasn’t going to stand idly by while she essentially bullied our daughter.

All night long, I am certain that my children will be kicked out of school. But in the morning, instead, we find a conciliatory email from the principal, acknowledging her errors in judgement and
the truth of what my husband wrote.

It’s a good thing my children have two parents. My husband intuitively knows how to act when they need him. He knows how to be their advocate while I am still wringing my hands in despair. It’s not
that I can’t handle anything, but at the moment of crisis, I am a terrible person to rely on. He is the one you want.

My husband’s strength is his ability to recognize that there is a problem and that dwelling on it and bemoaning it won’t actually help solve it. He excels at taking action. It’s not that he acts
haphazardly, but he doesn’t waste a lot of time wondering, “What will happen if I try this?” He forges ahead, figuring he can correct his course with a small movement once he’s in motion.

He believes in our children fiercely, and he fights for them. He is my hero, and theirs. I’m learning, slowly, to follow his example. To act, bravely, to move forward in the belief that starting is
the hardest part.