Our kids are watching us all the time, watching all our behaviors, trying to discern right from wrong, okay from not so okay. This goes from everything from table manners to interacting with clerks in stores to, well, everything. Friendships included. Sometimes, when we adults get caught up in the parts of our lives we consider to be outside of parenting, we forget we’re being watched. And when those issues include conflict, our actions have an impact on what our children learn. It sounds so obvious, but remembering and acting accordingly can be so hard. 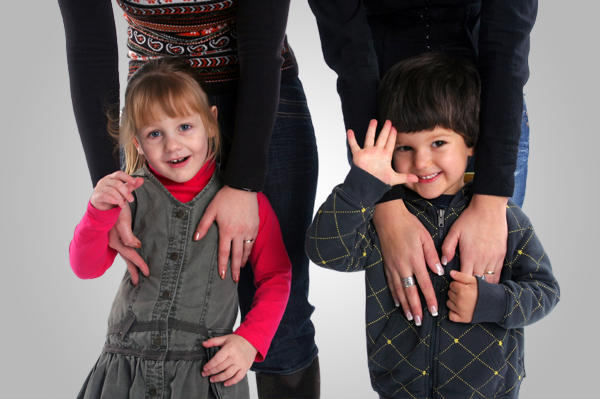 In demonstrating friendship to our children, we need to show how to be a friend when things are going fine and in times of conflict. This is the part where I admit I didn’t handle a
conflict with a friend well several months ago — and saw it all replayed before my eyes when my daughter had a conflict with one of her friends recently. Thankfully, both conflicts were resolved
and friendships saved, but… ouch.

Conflicts happen between people. People who love each other very much, whether platonically or romantically, can disagree. They are still individuals, and difference makes our world interesting.
It’s how we handle the conflict — what we do with the feelings — that makes the difference. We may not always handle things right (we’re human!) but learning from our mistakes makes a difference.

In that misunderstanding with a close friend several months ago, my feelings were very hurt. Rather than communicate what I was feeling, I closed off and became angry. I stopped communicating with
my friend. I did not answer her phone calls or emails for days and generally stewed. It wasn’t pretty. I even knew that at the time, but I was angry and hurt and said I didn’t care.
Meanwhile, my friend was getting more and more hurt by my silence; she didn’t know what had happened! As I said, it was a misunderstanding. Finally, after a long walk and a hard workout, I called
her. We sorted out what had happened, said our apologies and moved on, though it was a little delicate for a couple weeks. All was better, or so I thought. Thing is, my daughter had been watching
my behavior.

More recently, my daughter’s teacher sent a note home from school noting some not-so-nice behaviors of my daughter toward one of her closest friends. For the teacher to get involved, the behaviors
must be significant. I sat my daughter down for a talk.

When I asked, “Why did you think it was okay to treat your friend like this?” I was stunned and embarrassed when my daughter replied, “That’s what you did when you had a fight with your
friend.”

After calling the friend’s mother, sorting things out — and eating a very large serving of crow — my daughter and I embarked on a review of friendship basics, as much for me as her. We talked
about always treating friends as we want to be treated, respecting our differences and not intentionally doing such hurtful things as stopping communication when we are hurt or angry. We talked
about differences of opinion and how to approach working them out — and we talked about how misunderstandings can get blown out of proportion.

We also talked about my being a better example for her. My friendships have been incredibly rewarding (even when I screw up!) and I want my daughter to have such close friendships in her life, too.
Being a good friend isn’t always easy, but it’s always worth it. Likewise, being an example of a good friend to your children isn’t always easy either, but it’s also always worth it.

My daughter has learned a good lesson about friendship from this minor fiasco. And I’ve learned that my kids are always watching.

More on kids and friendships: