As much as my kids love their sports (soccer, baseball, basketball, and so on), and as much as I enjoy their games, and enjoy that they enjoy them so much, there’s one element of kids’ teams sports that I don’t enjoy at all: snack duty. Over years I’ve got the snack duty purchases down to a mindless routine, but I don’t enjoy it. I don’t even see the point of it. 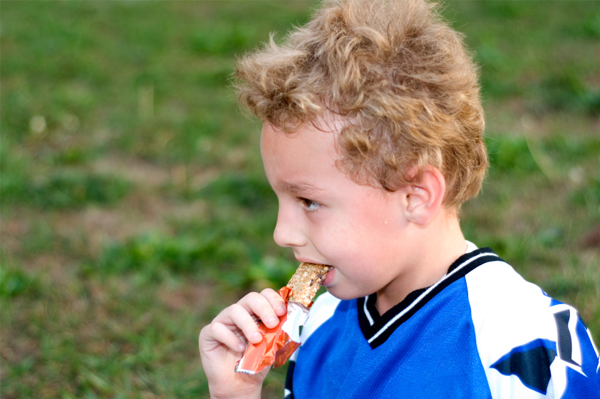 Who invented snack duty anyway? Why do we have to reward physical activity with food? And who decided to make it so freaking competitive?

Trying to please everyone

The first time I was on snack duty years and years ago, I approached it with a sense of fun. I deliberated whether I would made something or just buy. In the end time got away from me, and I ended
up getting snack packs of cheesy popcorn and juice boxes and presenting them at the sidelines with a smile. Most of the kids liked my choice, but not all of, course. One came up to me, angry, “I
hate these!” like it was an intentional choice to make him unhappy. Others liked the popcorn but not the juice boxes, or the juiceboxes but not the popcorn – and many comments from each
side. Add in a few comments from one kids to another of, “Euw! You like that?” and by the end of the designated five minute snack time my smile had turned to, “What the heck just happened?”

Shortly thereafter, my snack duty naivete was dashed forever when I noticed the level of effort some moms went through for snack duty. Some moms made homemade granola bars, some cupcakes, some had
gone all granola, and on and on and on. Some items were clearly created to impress the other moms first, nourish the kids second. Other moms had brought such a variety of snacks in an effort to
please every kid that one had to wonder at the expanse of their family’s food budget. Clearly, snack time was about the moms more than the kids.

I also noticed, no matter who brought what for snack duty, that there was trash. Lots and lots of trash. It took a couple moms and the coach several minutes to collect it all. That also seemed
extremely unnecessary.

Over the years, I’ve noticed more than a few kids who are more fixated on snack time than the actual sport – those kids who play for a few minutes and then ask, “Can I have snack now?” Those kids
certainly seem to have the message that sports are a means to an end – eating – and not fun in and of themselves. Are other kids getting that message, too? Because it’s not one I want to send. So
can we get rid of snack duty already?

Thankfully, snack duty has been turned down a notch in the last couple of years, but it’s not gone completely. With the increasing use of reusable sports bottles, kids can bring water for
themselves (healthier than most juices and sports drinks and no trash!) and they know if they will need a snack mid-game and can bring it. There are still a couple sports that include rotating
snack duty – and I’ll do it, but I’ll be the no-fun mom in the process, bringing water and fruit instead of processed food products.