I’ve always been a believer in natural consequences, even though letting situations evolve to their “natural” conclusions can be difficult. At times, the approach means a bigger mess for me to clean up. Trouble is, my kids haven’t always learned the complete lesson — and I have only myself to blame for that. 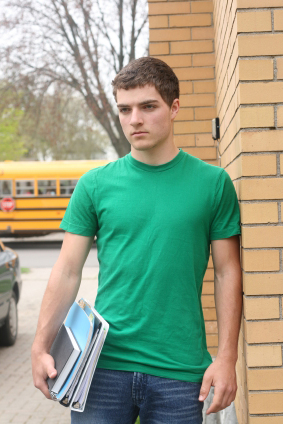 A situation arose the other day, and I realized that,
while its natural consequence would be ultimately safe, I would have to let it play out completely. So I took a deep breath and let it happen.

Only so many reminders

My oldest son — a teenager in all his snarky, hormonal glory — has become lax about the little things. Picking up his socks, putting away the peanut butter, and a host of other small tasks seem
impossible for him now. They are not individually “big” things; they are little things that make up a bigger whole. Yeah, I could pick up his socks or put away the peanut butter, but that’s missing
the point. He needs to do this — and I’m willing to do only so much nagging.

One of these details involves his key to the house. He has not been putting it back in his backpack, although I have been reminding him to do so. Again and again. The other morning, I saw the his
key on the kitchen table as he left the house. I quickly ran through the day in my mind and decided not to tell him. Instead, I hollered, “Do you have your phone?” “Yes” was the reply.

And the natural consequence was set in motion.

I called my husband, who was on early-evening duty that day, and told him what was happening. I noted my decision making: The weather’s not particularly cold, it’s not raining, we have a screened
porch for shelter, and he really, really needs to learn this lesson. He’ll call when he gets home and realizes (and sees through the window) that his key is on the table. We’ll go from there. He
can sit in the porch and do his homework, and my husband would be home an hour or so later. He can call a friend, a neighbor, and so on.

My husband agreed, but then suggested we leave an alternate door unlocked or hide the keys somewhere, let him sweat for a while, then tell him how to get in. It misses the point, I said. We have to
do this. He must learn this lesson!

Although I was a little nervous through the day (and called several mom friends who replied unanimously with “Good for you!”), the afternoon progressed as planned. He called from the porch. We
talked about what had happened, what he would do next, and even a couple of strategies if things had been slightly different. He realized he was in for an afternoon on the porch without access to a
refrigerator full of snacks. He realized his mistake. Then he asked me to come home early so he could get in the house. Nope.

He called a couple more times, asking when Dad would be home. He was bored. He was bummed. He was learning his lesson.

One day, when we’re not readily available, he really will need to make sure has that key with him.

Later that evening, when I arrived home from work, we talked at length about why I allowed that to happen. He was annoyed with me, but he understood. He got it, I thought, and I felt like I’d
really gotten through to him.

… Until the next morning, that is — when I saw he’d left the peanut butter out.

57 mins ago
by Erika Janes