We all have wish lists — full of those things that someday, sometime, somehow we’d love to experience or have. But, as soon as they’re changing that first diaper, newbie parents quickly find their lists extending to include the items or experiences they want for their child — your grandchild. 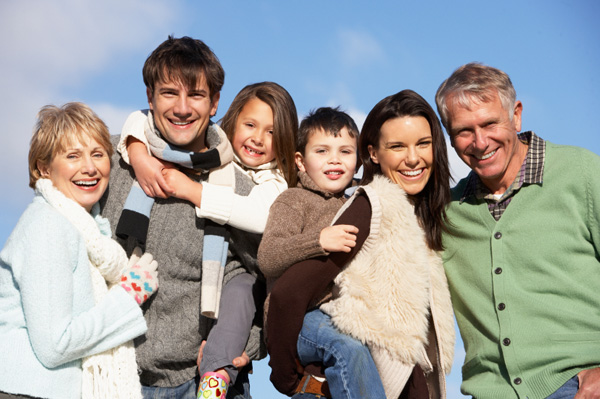 You remember those over-the-changing-table daydreams. It wasn’t too long ago that you were there yourself. The difference is that now you’re likely in a much better position to help your grown
children make that once-in-a-lifetime family adventure to Europe go from glossy travel brochure tacked to the refrigerator to reality for their offspring.

Parents may not openly or readily share their secret desires and dreams with grandparents, says Susan Newman, a social psychologist and author of Little Things Mean a Lot: Creating Happy Memories With Your Grandchildren. Many adult children fear being
seen as greedy or taking advantage of their parents. Others don’t want to be judged — or subject their partners to judgment — by their parents or in-laws for not making enough money to be able to
easily afford the big-ticket items they want.

On the flip side, as grandparents, you may not be comfortable sleuthing around in your children’s “wouldn’t it be nice if …” wish lists. Not to worry. We figured as much and did a little digging
on our own. Here are some fly-on-the-wall glimpses of things parents really want for their kids but won’t ask for.

Passport to the World

Travel often tops the list of what people would do more of if money was no object. Parents often harbor the hope of providing this experience for their kids — and hey, if the grandparents
wanted to help make that happen, who would they be to object?

Beth, a Washington, D.C. area mom of two daughters younger than 3, has visions of introducing the girls to new peoples and places when they reach the age 10 to 12. “We want to take them traveling
around the world. An understanding of cultures will help to instill an understanding in them that what happens in the world, good or bad, affects all people,” she says. “I’d like to take them on a
‘grand tour,’ in the old-fashioned sense: Travel for a month or so in Europe and let them see the historic places they hear about in history class.”


In Search of a Magic Wand

Bryan Engstrom couldn’t help but relish the puzzled look on his grandson’s face as he opened the new suitcase he’d given him for Christmas. The expression basically said: “I’m 10 years old.
What do I need a piece of luggage for?”

As he flipped through brochures from London and Scotland, out slipped plane tickets and it hit him over the head: His grandfather and he, both huge Harry Potter fans, were off on a 10-day
Harry Potter-theme tour of England and Scotland, complete with a ride on the actual Hogwart’s Express train and a banquet at Edinburgh Castle. Granddad Bryan hadpicked up the cues, knew his
grandchild’s interests and that the trip was beyond what his grandson’s parents could swing for. “I think he’s still trembling,” recalls granddad Bryan fondly, “and that was almost a year ago.”

Lynn Wilkison of Colorado Springs-based Beyond Boundaries Travel, which runs HP Fan Trips, says approximately 25 percent of the three family-based Harry
Potter itineraries are purchased by grandparents for their grandkids. As grandparents, you can purchase the trips directly through the company, which provides gift boxes — complete with a gift
certificate in Hogwarts-esque script and a foam train — ready to be unwrapped at birthday parties or left under the Christmas tree.

The six- to nine-day trips aren’t cheap, ranging from well over $2,000, but kids will absorb a serving of the United Kingdom’s culture while exploring Harry’s world. Don’t delay booking — Wilkison
says many of the July trips begin selling out by late December.

If Harry Potter isn’t exactly your cup of muggle tea, the travel company has more upcoming movie-themed tours scheduled, including trips based on The Pirates of the Caribbean, Jane Austen
novels, and Philip Pullman’s novel-turned-movie, The Golden Compass.

Along with her European travel wishes, Beth would like to see her kids hit the campsite. “Learning how to be on your own in a protected environment is gaining an important skill for later in life
— like college,” she says, herself a veteran camper of residential Girl Scout and 4-H camps. It’s a safe place to learn independence and test boundaries. “I’d like my girls to experience
sleep-away camps so they not only have the experience of camaraderie, but also learn in a safe environment how to be away from their parents.”

Camp tuitions vary widely, ranging from $325 to $780 per week for sleep-away camps and going as low as $75 per week for day camps, according to the American Camp Association. If you’d like to
surprise your grandkids with a trip to the tents, the American Camp Association’s database will allow you to search some 2,400 camps by camper age,
location, cost, and activity.

Next page: More resources, ideas and tips for grandparents…