Many grandparents are intent on staying close to their grandchildren and becoming an integral part of their lives, despite their busy work schedules and long distances between them. Though technology is making communication much easier, becoming part of a grandchild’s life still requires a concerted effort and close communication with the grandkids’ parents.

Related story When This Parent's Tween Came Out as Nonbinary, Reddit Came Through With the Best Advice 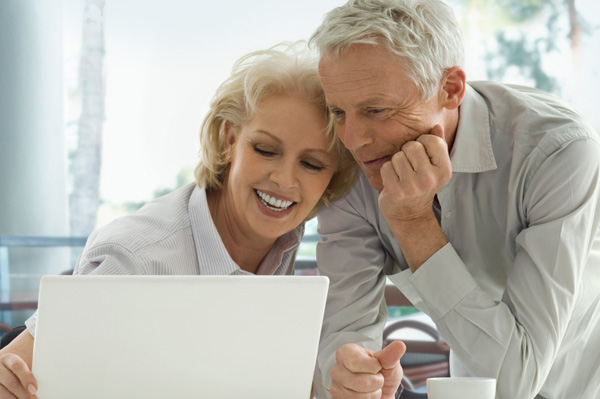 Sandy Berger is a grandmother in Pinehurst, N.C., who runs Compukiss, a tech Web site, and is dedicated to staying involved in the lives of her three grandchildren. Despite the fact that her
6-year-old grandchild lives in Palm Coast, F.L., and the other two, ages 2 and 3, reside in Stockholm, Sweden, Berger says, “I talk to each of my grandchildren every day.”

Berger uses Google Talk and Skype — which has video capabilities — free Internet services, to speak to her grandchildren daily and see them via her Web camera. Because she also connected a
microphone and speakers to her computer, the vocal quality is first-rate. Berger says Internet phone service saves her about $100 a month, and she doesn’t have to worry about the costs of extended
phone conversations.

“Last night, my granddaughter in Stockholm showed me her new pants with a decal of Mickey Mouse on her rear. She was prancing in front of the computer camera,” Berger says, exuding the closeness
that she feels from knowing the daily permutations of her grandchild’s life.

As Americans become increasingly mobile, long distances often separate grandparents and grandchildren. An AARP study revealed that 45 percent of grandparents live more than 200 miles away from
their grandchildren, notes Amy Goyer, national coordinator of the grandparent information center at the AARP Foundation. Since grandparents are continuing to work into their 60s, most grandparents
only have time for semi-annual or annual visits.

Technologically inclined grandparents can easily stay in touch with grandchildren through daily e-mails, Web cams, and digital photos, Goyer notes. But she advises grandparents to go beyond the
“How was your day?” e-mail, which can get stale and stultifying day after day.

“Play games together online, such as video, card and computer games,” says Goyer. That creates shared experiences between grandparent and grandchild, fodder for conversation, and commonalities

If the grandparent is not computer-savvy, shared experiences can still play a role. Grandparents can read sections of “Harry Potter” or other favorite children’s novels over the telephone, or even
make a tape recording that the parents can play at night to help the grandchild go to sleep.

Not being online or owning a computer shouldn’t be a hindrance to staying in close contact with grandchildren. The old-fashioned telephone can work as a tool to communicate, and some grandparents
even opt for the anachronistic method of writing letters, a long-lost art form.

One essential factor for grandparents who want to overcome distance and stay involved in their grandchild’s life is communicating closely with their children, the grandchildren’s parents.
“Grandparents and grandchildren won’t form much of a relationship without parents helping out, especially with younger children,” Goyer says.

Next page: How to turn those moments into memories…