ESPN Magazine’s latest issue is just hitting newsstands, but it’s already causing waves with some of its readers. The sports magazine, considered by many families to be ‘safe’ reading for everyone, took a bold step with its ‘Body Issue,’ which features nude athletes in poses that keep the private areas covered. So, what do parents think? 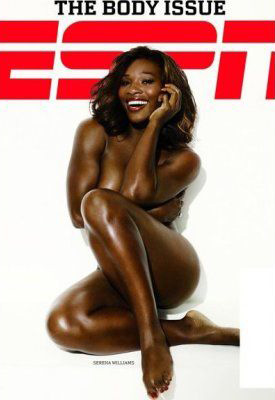 In the world of sports magazines, Sports
Illustrated is known for its risque swimsuit issue and ESPN Magazine is known as the ‘safer’ option – a magazine that the whole family can read all year long, learning about athletes
and sports along the way. But the latest issue of the magazine, the ‘Body Issue’ took on a different air
with photos of athletes from many different sports, posing nude with just enough covering up to prevent full-on nudity.

For many parents, the issue is a big issue.

Many parents were shocked by the issue and have taken steps to prevent their kids from what they consider unnecessary nudity. Marty Guise said that his wife waited for him to get home, and then
they tossed it in the recycling bin before their kids could get a glimpse. “It is not why we chose to subscribe to the magazine,” says Guise. “We aren’t canceling our subscription because it was a
one-time renewal that only cost a penny. However, we do not plan to renew again.”

Mom Colleen Reynolds hasn’t even opened the magazine yet — after her kids discovered the nude photo of Serena Williams on the cover. “Serena Williams is an accomplished athlete. She has struggled
to gain respect and admiration for her sport. Why in the world would she agree to be on the cover of a primarily male oriented magazine naked? In a sensuous and flirty pose? I’m not sure if
I’m more disappointed in ESPN or Serena Williams,” says Reynolds.

She isn’t ready to cancel her subscription because Reynolds says that the magazine generally helps foster communication in her house. But she isn’t happy either. “Women have made such great strides
in gaining respect for our wisdom and inner beauty. I as a parent am so careful to teach my son to respect women and treat them like princesses. Then, ESPN and Serena Williams throw a curveball at
that teaching. How does a 9 year old boy differentiate between a noted female sports figure stripping naked to catch the eye of horny males and a woman who truly does respect herself enough to keep
her clothes on and allow her accomplishments to speak for themselves?” asks Reynolds.

22 hrs ago
by Cindy McCain